Whitney H. Galbraith will be signing copies of “Valley of the Shadow” in CO next month.

Whitney H. Galbraith was born in 1938 in Fort Sill, Oklahoma. An “Army brat,” Galbraith’s family evacuated from the Philippines in 1941 as army dependents and came to Colorado Springs. Galbraith’s father remained as staff officer of General Jonathan Wainwright in Corregidor, Philippines, as a prisoner of war. Galbraith studied history in Sewanee before serving in the navy in 1960s during the Cuban missile crisis. Galbraith earned a master’s degree in international relations from Columbia University in 1966, became a political analyst for CIA (1966-1973) and the Naval Reserve Intelligence Unit, and was repatriated to Colorado Springs in 1973. Galbraith then worked in the insurance industry for 25 years and in Colorado Springs World Affairs Council as a writer and speaker. Galbraith is the author of “European Menu Translator” and “Valley of the Shadow.” 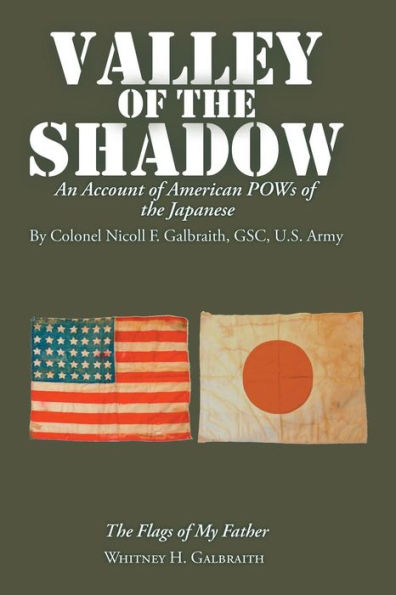 Valley of the Shadow joins a fraternity of published first-person accounts of the fall of the Philippines, including the surrender of Corregidor during World War II. Several senior staff officers of Gen. Jonathan M. Wainwright, commander of US forces in the Philippines (USFIP), were able to maintain extensive diaries during their three and a half years as POWs of Imperial Japan. These diary accounts are chronological in format and very informative of prisoner conditions and lives in various Japanese prison camps. Valley of the Shadow, transcribed from over one thousand handwritten flimsies that have sat for decades on Galbraith family shelves, treats these experiences more thematically, in third-person narrative form, enabling the author, Col. Nicoll F. Galbraith, to offer a psychological, emotional, and moral matrix to help the reader interpret the challenges and personal behaviors of incarcerated American prisoners who suddenly had been deprived of their normal social and physical lives as officers, colleagues, husbands, and fathers. Colonel Galbraith, exercising a more literary bent, describes his own and his prison mates’ struggle to maintain their personal dignity and relationships. As Wainwright’s G-4 logistics staff officer, Colonel Galbraith was in unique proximity to the minute-by-minute Corregidor surrender process and release/rescue of the Americans in 1945, both of which were very close calls.