Former OSU football player and author Tom Levenick will be signing his book “Buckeyes for Life” at OH this month.

Tom Levenick graduated in Journalism from The Ohio State University in 1984. He is a former Ohio State football player, having played for Woody Hayes and Earle Bruce and on three bowl teams – The 1978 Gator Bowl, 1980 Rose Bowl and 1981 Fiesta Bowl. He also was a finisher in the 1989 Hawaiian Ironman Triathlon World Championship. Levenick went on to many Vice President level leadership positions with companies such as The Winterbrook Beverage Group, Coors Brewing Company, Labatt USA and now, President of PowerPlay Strategies. 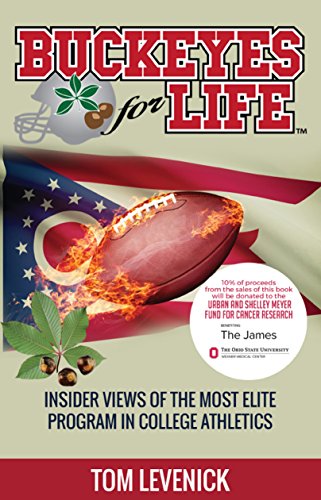 Buckeyes for Life is a terrific compilation of behind the scenes stories about the things that make Ohio State football the most elite program in college football today. Tom has done a masterful job of unveiling the passion that exists within the “Buckeye Brotherhood” of former players. Buckeye Nation and college football fans in general will love this read.