Bruce Davis will be signing copies of his Science Fiction/Fantasy book, “Platinum Magic” at AZ this month.

Bruce Davis is a Mesa AZ based general and trauma surgeon. He finished medical school at the University of Illinois College of Medicine in Chicago way back in the 1970’s and did his surgical residency at Bethesda Naval Hospital. After 14 years on active duty that included overseas duty with the Seabees, time on large grey boats and a tour with the Marines during the First Gulf War, he went into private practice near Phoenix. He is part of that dying breed of dinosaurs, the solo general surgeon. He also is a writer of science fiction and fantasy novels. 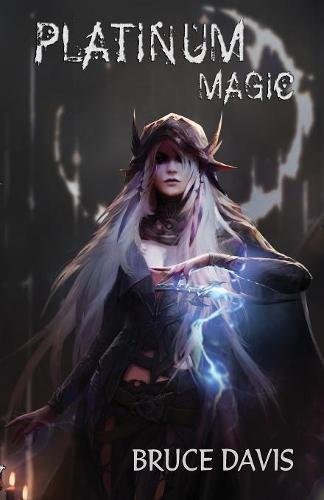 When King’s Agents Simon Buckley and Haldron Stonebender raid a suburban farmhouse, they expect to find an illegal bomb factory full of Orc terrorists. Instead, they end up killing the sister of the current Elf ruler, turning a straightforward police raid into an international incident. Now, Simon and his team must battle terrorists, gangsters, and their own superiors to find the truth behind the High-Elf’s involvement and avert a war.