Join in an evening with author Sandra Neil Wallace and illustrator Bryan Collier, to talk about “Love Is Loud.”

Sandra Neil Wallace writes about people who break barriers and change the world. She is the author of several award-winning books for children, including Between the Lines: How Ernie Barnes Went from the Football Field to the Art Gallery, illustrated by Bryan Collier, which received the Orbis Pictus Book Award and was an ALA Notable Book. A former ESPN reporter and the first woman to host an NHL broadcast, she is the recipient of the Outstanding Women of New Hampshire Award and creates change as cofounder of The Daily Good, a nonprofit bringing twenty thousand free, culturally diverse foods to college students each year through its Global Foods Pantries. Visit Sandra at SandraNeilWallace.com.

Bryan Collier is a beloved illustrator known for his unique style combining watercolor and detailed collage. He is a four-time Caldecott Honor recipient for Trombone Shorty, Dave the Potter, Martin’s Big Words, and Rosa. His books have won many other awards as well, including six Coretta Scott King Illustrator Awards. His recent books include By and By, Thurgood, The Five O’Clock Band, and Between the Lines. He lives in New York with his family. 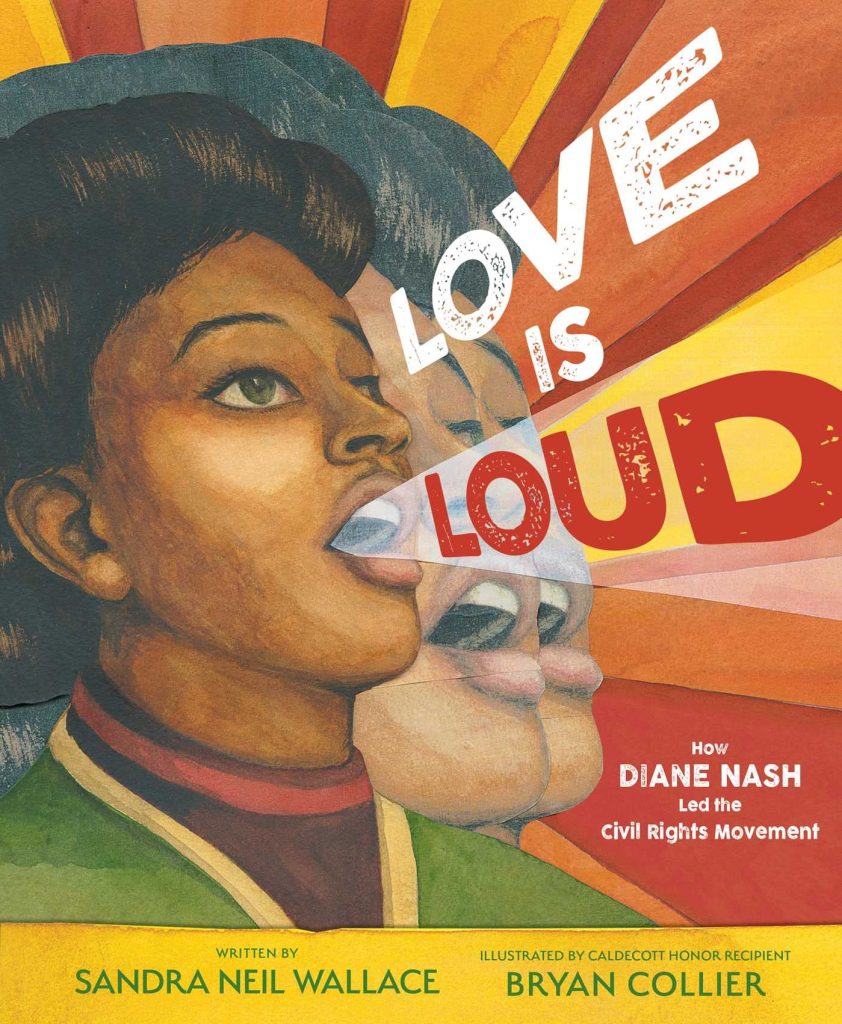 Diane grew up in the southside of Chicago in the 1940s. As a university student, she visited the Tennessee State Fair in 1959. Shocked to see a bathroom sign that read For Colored Women, Diane learned that segregation in the South went beyond schools—it was part of daily life. She decided to fight back, not with anger or violence, but with strong words of truth and action.

Finding a group of like-minded students, including student preacher John Lewis, Diane took command of the Nashville Movement. They sat at the lunch counters where only white people were allowed and got arrested, day after day. Leading thousands of marchers to the courthouse, Diane convinced the mayor to integrate lunch counters. Then, she took on the Freedom Rides to integrate bus travel, garnering support from Martin Luther King Jr. and then the president himself—John F. Kennedy.