Meet the authors of “Retro” in an Instagram Live event.

Sofía Lapuente is an author, screenwriter, and avid world traveler who immigrated from Spain to the United States to realize her dream of storytelling. Since then, she has received a master’s degree in fine arts at UCLA, worked as a producer and casting director on an Emmy nominated show, and received coauthor credits in Gleanings, the fourth installment of the bestselling Arc of a Scythe trilogy, with her partner, Jarrod. Together, the couple writes and produces film and television under their production company Dos Lobos Entertainment.

Jarrod Shusterman is the New York Times bestselling coauthor of novel Dry, which he is adapting for a major Hollywood film studio with Neal Shusterman. He is also the coauthor of the accoladed novel Roxy. His books have all received critical acclaim and multiple starred reviews. Sofi Lapuente and Jarrod are partners in every sense of the word, with love and multiculturalism as an ethos—living between Madrid, Spain, and Los Angeles, California. If they are not working, it means they’re eating. For behind-the-scenes author content and stupidly funny videos, follow them on Instagram and TikTok @SofiandJarrod. 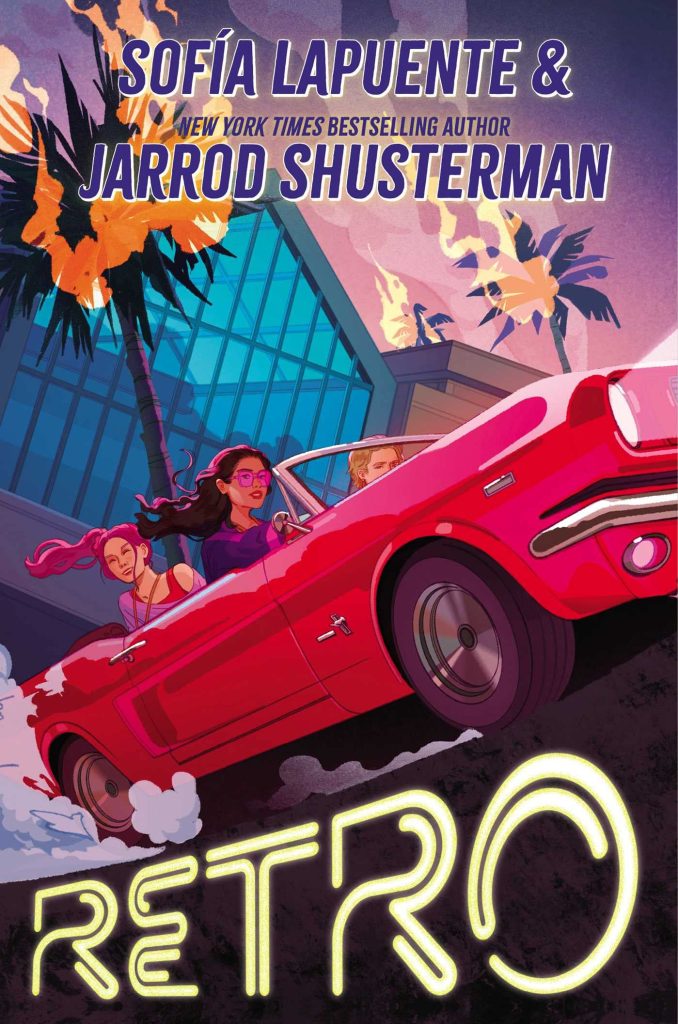 What starts off as a lighthearted competition to live without modern technology for a year turns into a fight for survival in this unputdownable young adult thriller by New York Times bestselling author Jarrod Shusterman and debut author Sofía Lapuente.

It was never meant to happen this way.

Things were never supposed to get this out of hand.

After a cyberbullying incident at her school goes viral, Luna Iglesias finds herself at the heart of a brewing controversy. When the social media company Limbo—who are also implicated in the scandal—sweeps in with an offer that sounds like an opportunity to turn over a new leaf and receive a scholarship to the college of her dreams, she’s happy to jump on the new trend. It’s called the Retro Challenge, where contestants live without modern technology, wear vintage clothes, party as if the future weren’t already written, and fall in love as if they were living in a movie.

At first, the challenge is fun. But then things get dangerous. Kids start disappearing, including Luna’s friends. There are voices in the woods. Bloodred markings on the trees. And Luna increasingly begins to wonder if all these strange happenings are connected with the Retro Challenge.

Secrets. Lies. Betrayal. The weight of her family on her shoulders. There’s so much on the line for Luna, not to mention she’s falling in love with the last guy she expected. Unless she can figure out the truth behind who’s sabotaging the challenge, the next person to disappear may be Luna herself.