Gretchen Rue lives in the Canadian prairies, which affords her ample time to read during six months of winter. She plays cat mom to four mostly indifferent fur children, and plant mom to roughly 100 very demanding flora. When she isn’t sipping tea and working on her next novel, she enjoys swimming, hiking, and watching baseball. 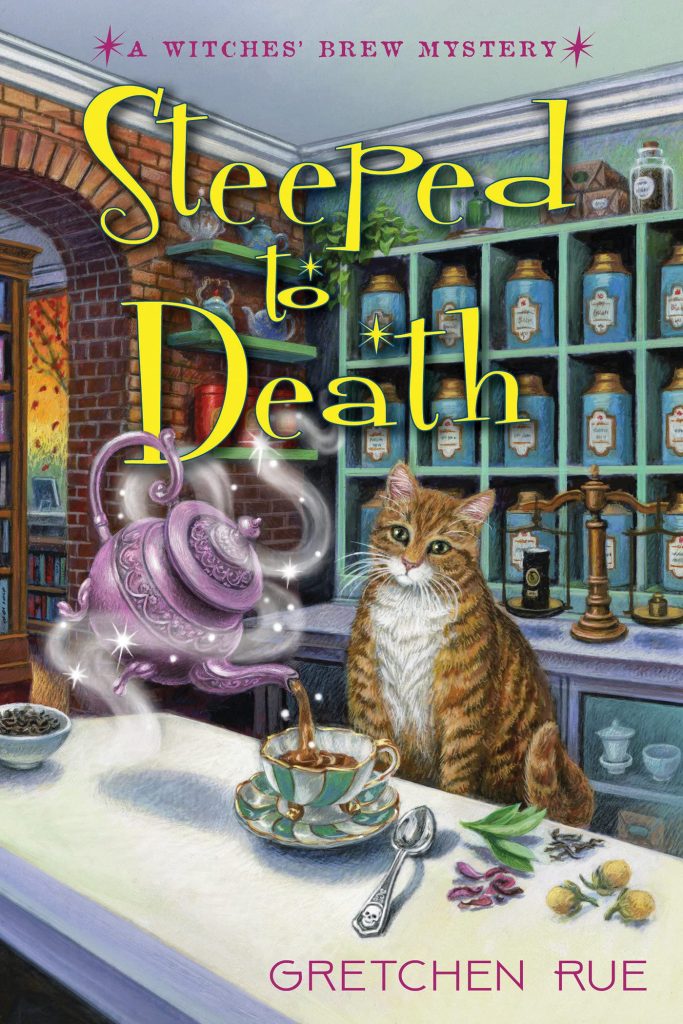 For fans of Laura Childs and Amanda Flowers, it’s teatime in Raven Creek—but a murder at the The Earl’s Study sets the stage for an intoxicating brew of small-town chicanery with a hint of the supernatural.

Phoebe Winchester’s beloved aunt Eudora has a taste for adventure—and a knack for making magical tea. It’s even rumored that she just might be a witch. So when Eudora passes away and leaves everything to her niece—her Victorian mansion, her bookshop/tea store, The Earl’s Study, and one very chubby orange cat named Bob—Phoebe gets more than she bargained for. And she knows she’s in deep when a dead man is found on the shop’s back step, apparently killed while trying to break in.

Two suspects immediately emerge among the townspeople of Raven Creek, Washington. There’s village busybody Dierdre Miller, who seems desperate to buy Eudora’s house, and handsome PI Rich, one of Phoebe’s childhood friends—but how well does she really know him after all these years apart?

Phoebe knows she should leave it to the professionals, but as she starts to dig into the underbelly of Raven Creek, she begins to uncover the truth about Eudora. What’s more, her aunt might not have been the only witch in the family, as Phoebe soon discovers she has unique and unexpected gifts of her own.

Now, it’s just a matter of putting her newfound power to the test and cast a spell that could catch a killer.