Join Kate Young to discuss “Crime for the Books.”

Kate Young is a member of Sisters in Crime and the Guppy Chapter. She is married and the mother of three. She lives in a small town in Georgia and when she is not writing her own books, she’s reading or cooking. 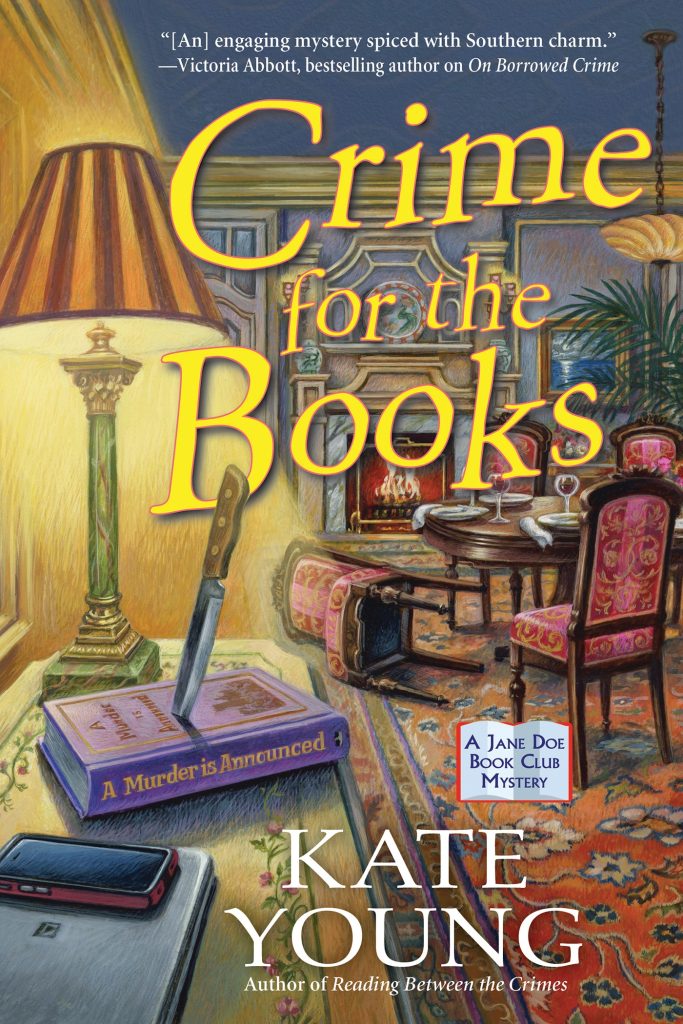 The Jane Doe Book Club is hot on the trail of another real-life whodunit in Kate Young’s third peach-perfect mystery, for fans of Ellery Adams.

Lyla Moody and her book club, the Jane Does, are hosting a Halloween party at Magnolia Manor, tailored after Agatha Christie’s A Murder is Announced, but when the lights come on after the staged murder, a real victim lies dead with a gunshot wound in her chest. The victim was an estranged relative of Elaine Morgan, operator of the B&B, who’d earlier been seen arguing with her about the fate of the property. Suspicion immediately falls on Elaine, and she’s arrested.

The Jane Does believe Elaine is innocent, and when they get the chance to team up with police officer Rosa Landry—a member of the club—they jump on it. But then, the club discovers that two more murders have been brazenly predicted online and in the Sweet Mountain Gazette—and that one of the intended victims is Rosa.

Lyla thinks she knows who the killer is, but the only way to find out is by laying a trap using Rosa as bait. But, like an Agatha Christie mystery, the truth is never what it seems. Lyla and her trusty book club will have to sleuth out the killer before Rosa meets her final chapter.