Jay Hosler is a biology professor at Juniata College and a cartoonist. His first graphic novel, Clan Apis, won a Xeric Award. His book Evolution: The Story of Life on Earth, was a Junior Library Guild selection and has been included in the Texas Library Association’s “Maverick Graphic Novel Reading List.” He lives in central Pennsylvania with his wife and two children. 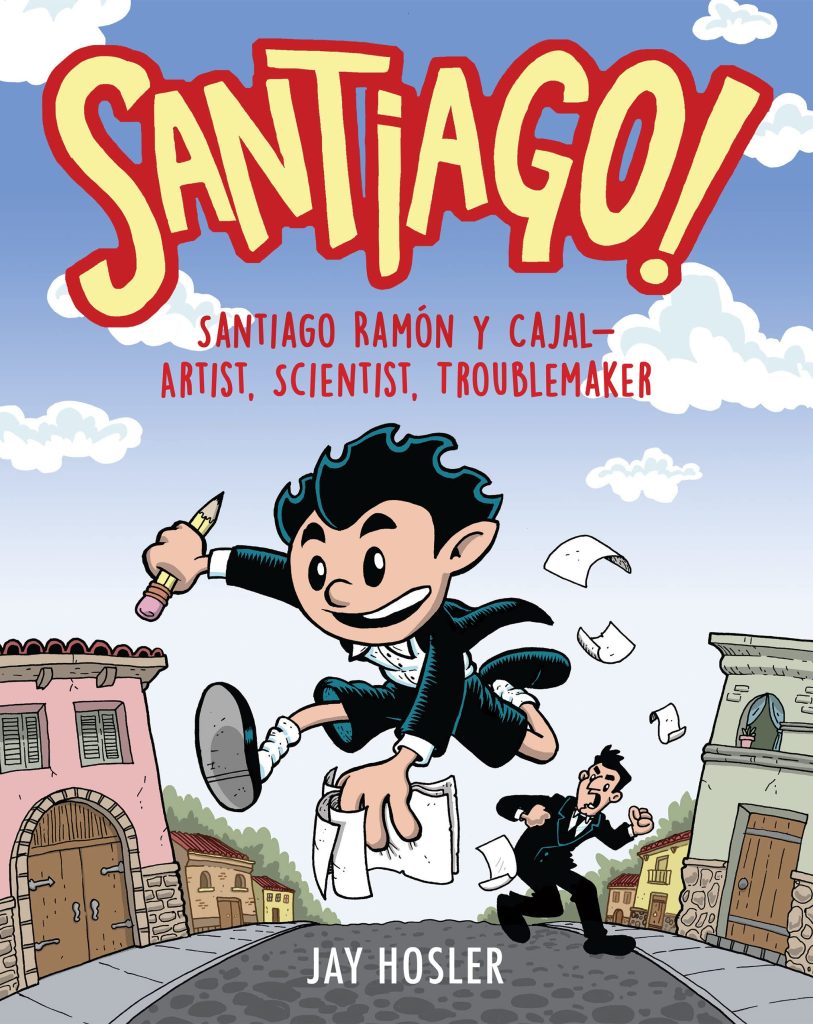 A graphic novel retelling of the inspiring true story of polymath Santiago Ramón y Cajal, visionary pioneer of modern neuroscience, and his early dreams of becoming an artist.

Based on a true story, Santiago Ramón y Cajal is every child who has struggled to navigate the expectations of adults.

As a young boy, all Santiago wanted to do was be an artist. But his father wanted him to become a doctor, insisting that pursuing art was not a true profession. Although Santiago was forbidden by his parents to make art, Santiago secretly kept at it—making homemade paints and brushes and honing his craftsmanship. He also loved figuring out how things worked and made slingshots for his friends and even a fully functioning (and very dangerous) cannon. Sadly, the one thing he couldn’t figure out was his father.

After years of locking horns, Santiago’s father seemed to win, and Santiago was sent to medical school. As a medical student he discovered the wonders of how animal bodies work, and his studies eventually led him to the microscopic mysteries of the brain. Using the artistic skills he honed as a child, Santiago painted brain cells to unlock their secrets. His pursuit of art had trained him to be observant, persistent, resourceful, and creative in his research. In 1906, he won the Nobel Prize for medicine and is considered the father of modern neuroscience—proving anything is possible, even for a mischief maker.