Author Alexandra Horowitz will discuss “The Year of the Puppy.”

Alexandra Horowitz observes dogs for a living. Her research began more than two decades ago, studying dogs at play, and continues today at her Dog Cognition Lab at Barnard College. She is the author of Inside of a Dog: What Dogs See, Smell, and Know and three other books: On Looking; Being a Dog; and Our Dogs, Ourselves. She lives with her family of Homo sapiens, Canis familiaris, and Felis catus in New York City. 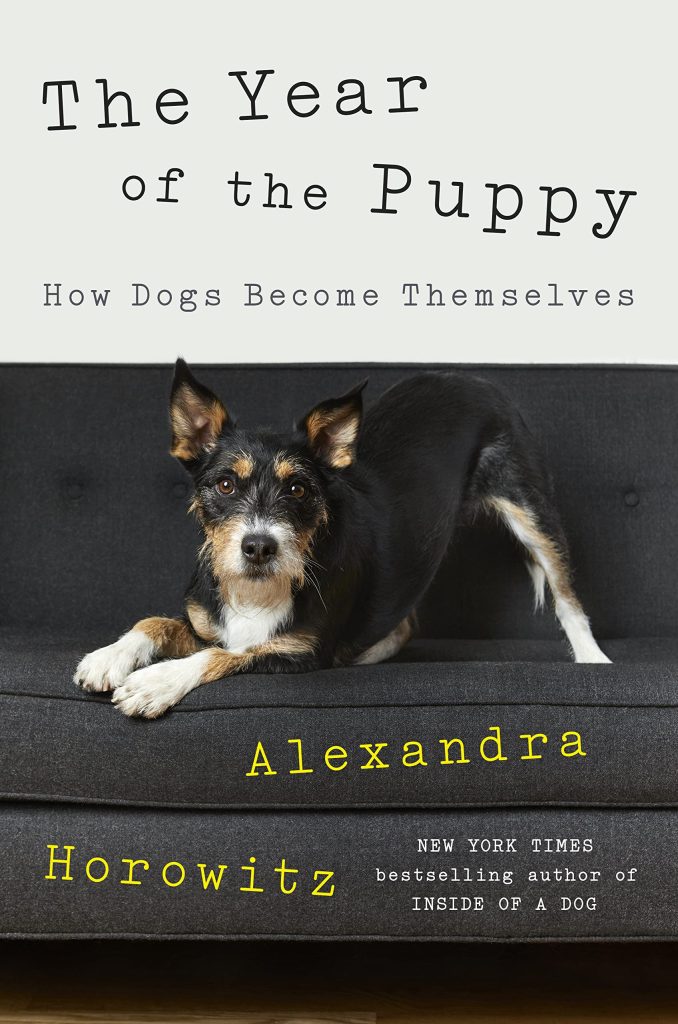 What is it like to be a puppy? Author of the classic Inside of a Dog, Alexandra Horowitz tries to find out, spending a year scrutinizing her puppy’s daily existence and poring over the science of early dog development

Few of us meet our dogs at Day One. The dog who will, eventually, become an integral part of our family, our constant companion and best friend, is born without us into a family of her own. A puppy’s critical early development into the dog we come to know is usually missed entirely. Dog researcher Alexandra Horowitz aimed to change that with her family’s new pup, Quiddity (Quid). In this scientific memoir, she charts Quid’s growth from wee grub to boisterous sprite, from her birth to her first birthday.

Horowitz follows Quid’s first weeks with her mother and ten roly-poly littermates, and then each week after the puppy joins her household of three humans, two large dogs, and a wary cat. She documents the social and cognitive milestones that so many of us miss in our puppies’ lives, when caught up in the housetraining and behavioral training that easily overwhelms the first months of a dog’s life with a new family. In focusing on training a dog to behave, we mostly miss the radical development of a puppy into themselves—through the equivalent of infancy, childhood, young adolescence, and teenager-hood.

By slowing down to observe Quid from week to week, The Year of the Puppy makes new sense of a dog’s behavior in a way that is missed when the focus is only on training. Horowitz keeps a lens on the puppy’s point of view—how they (begin to) see and smell the world, make meaning of it, and become an individual personality. She’s there when the puppies first open their eyes, first start to recognize one another and learn about cats, sheep, and people; she sees them from their first play bows to puberty. Horowitz also draws from the ample research in the fields of dog and human development to draw analogies between a dog’s first year and the growing child—and to note where they diverge. The Year of the Puppy is indispensable for anyone navigating their way through the frustrating, amusing, and ultimately delightful first year of a puppy’s life.