Join in an in-person event with Natasha Sizlo to discuss “All Signs Point To Paris.”

NATASHA SIZLO has written for Variety, Cosmopolitan, Detour and Shape among others. By day, she is a real estate agent at The Agency. She lives in Los Angeles with her two children. 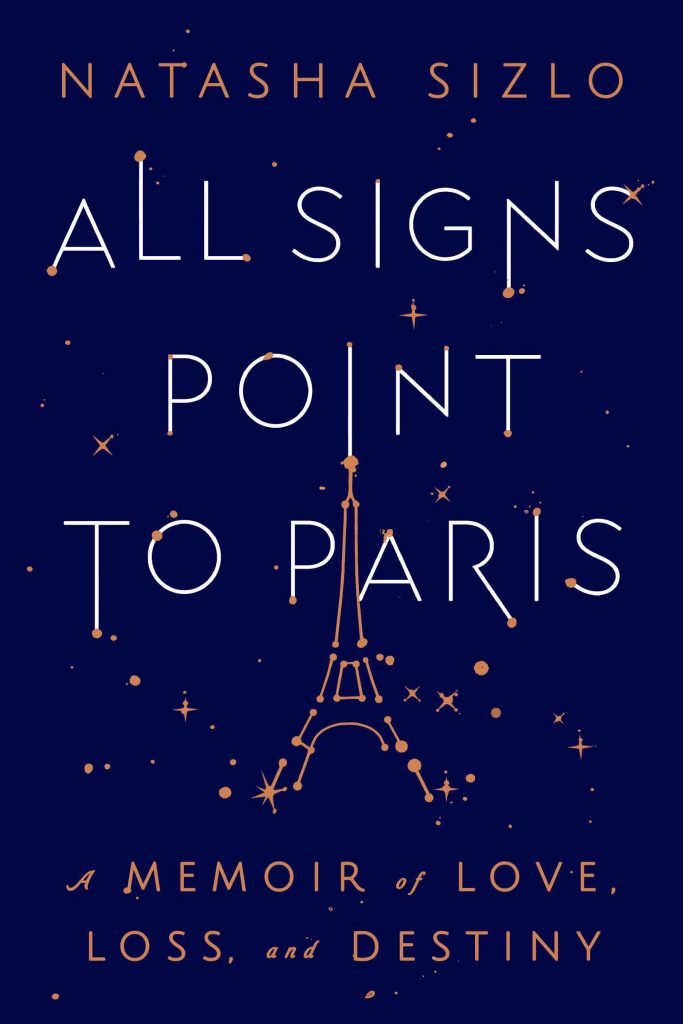 “This one brims with magic… An absolute page-turner and joy to read!— Jane Green, New York Times bestselling author

A surprising astrology reading sends Natasha Sizlo—divorced, broke, freshly heartbroken, and reeling from her father’s death—on an unexpected but magical journey to France, in pursuit of a man born on a particular date in a particular place: November 2, 1968 in Paris.

It’s the cusp of Natasha Sizlo’s forty-fourth birthday. Still reeling from her disastrous divorce, she’s navigating life as a single mom and doing her best to fake it till she makes it in the cutthroat world of LA real estate. In the meantime, her ex-husband is dating a Hollywood star, and she’s just broken it off—for the hundredth and final time—with her devastatingly handsome but impossibly noncommittal French boyfriend.

Just when it seems things can’t get any worse, her beloved father is given months to live.

So when she’s gifted a session with LA’s most sought-after astrologist, Natasha—despite being a total skeptic—figures she has nothing to lose. The reading is eerily, impossibly accurate. As her misgivings give way, Natasha can’t help but ask about her ex-boyfriend, the French man she can’t seem to get over.

To her surprise, the astrologist tells her that he is perfect for her. His birthday and birthplace—November 2, 1968, in Paris, France—lines up with her astrological point of destiny. The word husband comes up.

Natasha is distraught. Panicked, even. Was he really The One? Was this all the big soul love she was destined for?

Then, she has a lightning bolt of an idea: her ex wasn’t the only man born on November 2, 1968, in Paris. Natasha’s real soulmate is still out there—she just has to find him.

Joined by her sister and two of her closest girlfriends and buoyed by her father’s parting message to never give up on love, Natasha flies to the City of Light, determined to take destiny into her own hands.

Propulsive, touching, and darkly funny, All Signs Point to Paris is the story of one woman’s search for a second chance at love, with a dusting of astrological magic. Unforgettable and inspiring, Natasha’s journey reveals what can happen when you ask the universe for what you want—and are brave enough to open your heart when the answer finally comes.