Join in an in-person event with Steve Adelman to discuss “Nocturnal Admissions.”

Widely recognized as the cofounder of the Avalon nightlife brand, Steve Adelman began his career in the early ’90s, moving to New York City to become the director of the Roxy nightclub. Only two years later he was tabbed as a director of the iconic Limelight and then increased his role at Manhattan’s four largest nightclubs, including the Tunnel and Palladium.

In 1997, Adelman launched Avalon on Lansdowne Street in Boston, which quickly became a national success. Over the next four years, he led a team to develop six venues on the famed street, turning it into the ultimate one-stop entertainment destination.

In 2002, Adelman purchased the Palace Theatre in Hollywood and Limelight in New York City, the same venue he directed ten years earlier. After a year of construction and renovations, he expanded the Avalon brand on both coasts, along with the ultra-exclusive Spider Club. This “club within a club” became the ultimate celebrity haunt and one of the country’s most sought-after nightlife experiences.

Always striving to be one step ahead and break new ground, he expanded his focus to Singapore, opening Avalon as part of the Marina Bay Sands Resort and Casino, becoming the first U.S. entertainment brand of its kind in Asia. Returning to the States, Adelman set his sights on famed Beale Street in Memphis, restoring the historic New Daisy Theatre. He now lives in Memphis with his wife and dog Milton. 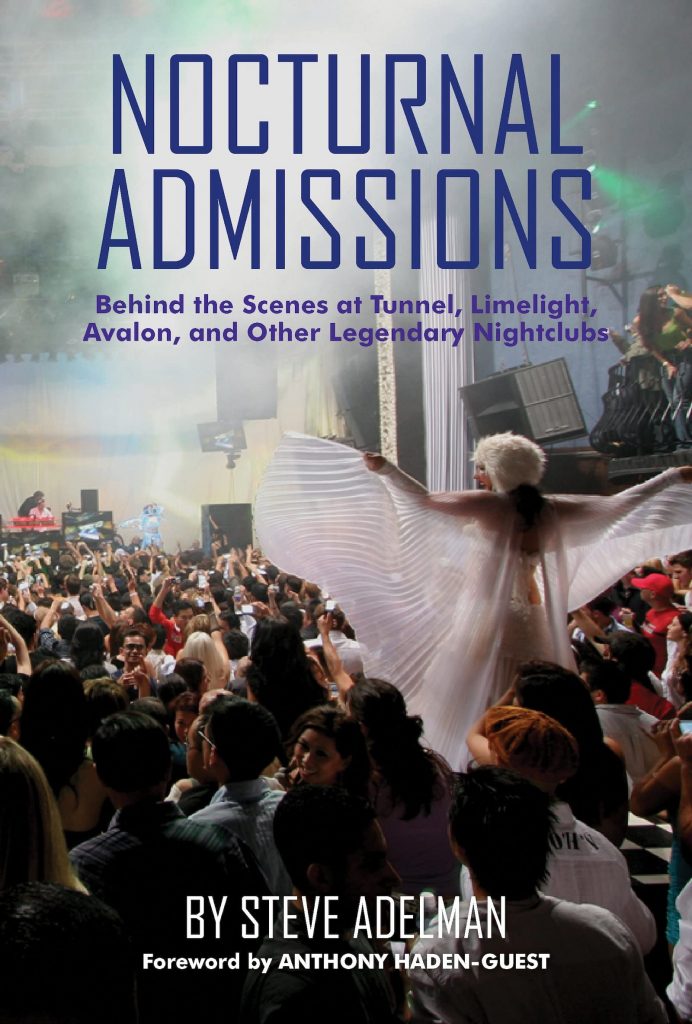 Steve Adelman’s humorous and engaging memoir reflects on his years as the director and owner of some of the world’s most popular nightclubs, including the Roxy, Limelight, Tunnel, and Palladium in the heyday of clubs in New York City during the 1980s and 1990s, followed by Avalon (Boston, Hollywood, NYC, and Singapore locations), and the New Daisy Theatre in Memphis. Nocturnal Admissions is a timely, unconventional look at one of pop culture’s most outwardly glamorous, yet misunderstood industries, bringing the reader backstage into the world of nightlife at its highest level.

Wearing the multiple hats of ringmaster, entrepreneur, guidance counselor, multimillion-dollar dealmaker, and music soothsayer, Adelman chronicles an improbable journey from small town to big city, filled with a cast of characters he could never have imagined: People named Hedda Lettuce, Jenetalia, Maxi Min, and Jiggy, who collide with and around the likes of Jack Nicholson, Bruce Willis, Sir Richard Branson, Leonardo DiCaprio, RuPaul, Rudy Giuliani, and Snoop Dogg, among many, many others.

Nocturnal Admissions is a hilarious, adrenaline-filled ride through the peak decades of the world’s most famous nightclubs and nightlife scenes.