Join writer and historian ALICIA PUGLIONESI for a discussion of her newest book “In Whose Ruins: Power, Possession, and the Landscapes of American Empire.”

Alicia Puglionesi is a writer and historian. She earned a PhD in the history of science, medicine, and technology from Johns Hopkins University in 2015 and has taught at Johns Hopkins and MICA. Her first book, Common Phantoms: An American History of Psychic Science, explores how the practices of seances, clairvoyance, and telepathy both questioned and reinscribed social boundaries. She lives in Baltimore. 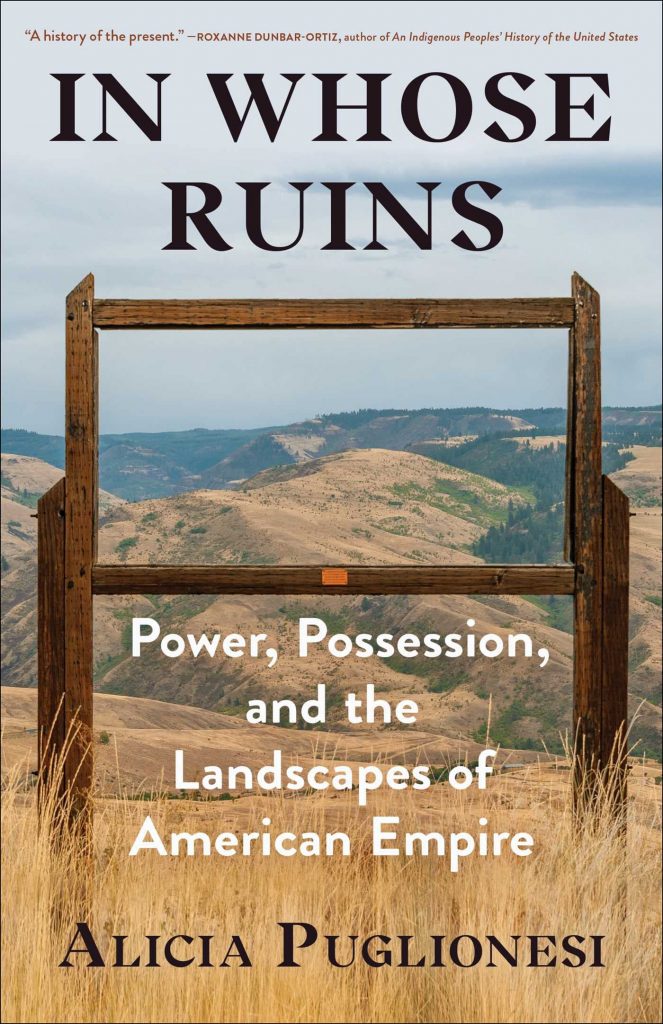 In this examination of landscape and memory, four sites of American history are revealed as places where historical truth was written over by oppressive fiction—with profound repercussions for politics past and present.

Popular narratives of American history conceal as much as they reveal. They present a national identity based on harvesting the treasures that lay in wait for European colonization. In Whose Ruins tells another story: winding through the US landscape, from Native American earthworks in West Virginia to the Manhattan Project in New Mexico, this history is a tour of sites that were mined for an empire’s power. Showing the hidden costs of ruthless economic growth, particularly to Indigenous people and ways of understanding, this book illuminates the myth-making intimately tied to place. From the ground up, the project of settlement, expansion, and extraction became entwined with the spiritual values of those who hoped to gain from it. Every nation tells some stories and suppresses others, and In Whose Ruins illustrates the way American myths have been inscribed on the earth itself, overwriting Indigenous histories and binding us into an unsustainable future.

In these pages, historian Alicia Pugliones i?illuminates the story of the Grave Creek Stone, “discovered” in an ancient Indigenous burial mound, and used to promote the theory that a lost white race predated Native people in North America—part of a wider effort to justify European conquest with alternative histories. When oil was discovered in the corner of western Pennsylvania soon known as Petrolia, prospectors framed that treasure, too, as a birthright passed to them, through Native guides, from a lost race. Puglionesi traces the fate of ancient petroglyphs that once adorned rock faces on the Susquehanna River, dynamited into pieces to make way for a hydroelectric dam. This act foreshadowed the flooding of Native lands around the country; over the course of the 20th century, almost every major river was dammed for economic purposes. And she explores the effects of the US nuclear program in the Southwest, which contaminated vast regions in the name of eternal wealth and security through atomic power. This promise rang hollow for the surrounding Native, Hispanic, and white communities that were harmed, and even for some scientists. It also inspired nationwide resistance, uniting diverse groups behind a different vision of the future—one not driven by greed and haunted by ruin.

This deeply researched work of narrative history traces the roots of American fantasies and fears in a national tradition of selective forgetting. Connecting the power of myths with the extraction of power from the land itself reveals the truths that have been left out and is an invaluable torch in the search for a way forward.