Join Olufemi O. Taiwao, Assistant Professor of Philosophy at Georgetown University, for a discussion of his most recent book “Reconsidering Reparations.”

Olúf??mi O. Táíwò is Assistant Professor of Philosophy at Georgetown University. His theoretical work draws liberally from the Black radical tradition, contemporary social science, and histories of activism and activist thinkers. His public philosophy, including articles exploring intersections of climate justice and colonialism, has appeared in The New Yorker, The Guardian, The New Republic, The Nation, Foreign Affairs, The Philosopher, Aeon, and Boston Review. His book Elite Capture: How the Powerful Took Over Identity Politics (And Everything Else) is forthcoming from Haymarket. 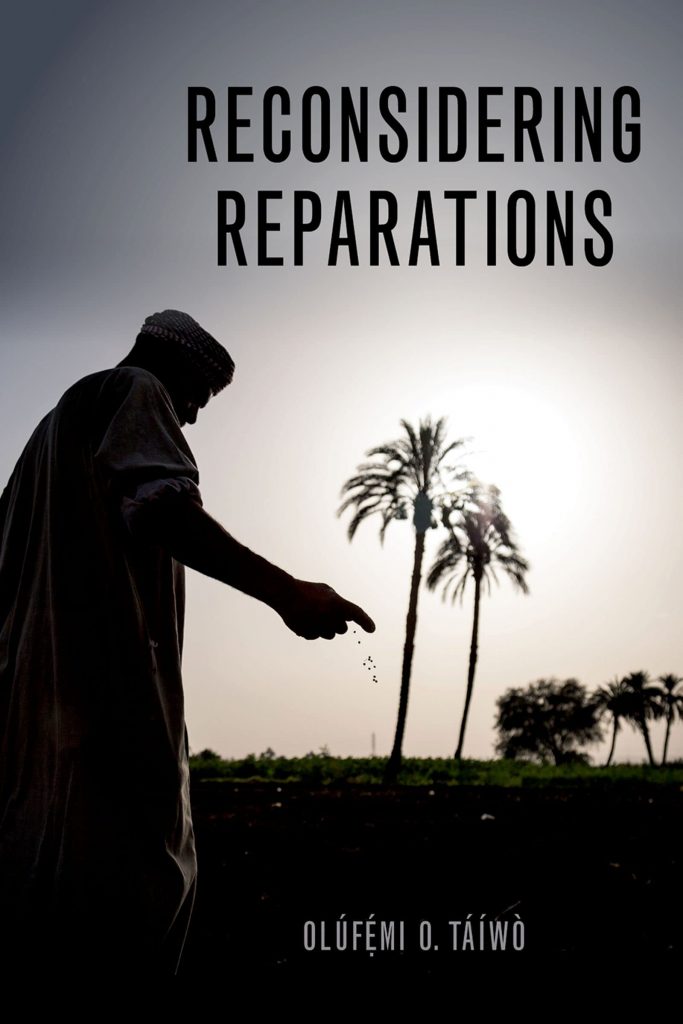 Reparations for slavery have become a reinvigorated topic for public debate over the last decade. Most theorizing about reparations treats it as a social justice project – either rooted in reconciliatory justice focused on making amends in the present; or, they focus on the past, emphasizing
restitution for historical wrongs. Olúfemi O. Táíwò argues that neither approach is optimal, and advances a different case for reparations – one rooted in a hopeful future that tackles the issue of climate change head on, with distributive justice at its core. This view, which he calls the
“constructive” view of reparations, argues that reparations should be seen as a future-oriented project engaged in building a better social order; and that the costs of building a more equitable world should be distributed more to those who have inherited the moral liabilities of past injustices.

This approach to reparations, as Táíwò shows, has deep and surprising roots in the thought of Black political thinkers such as James Baldwin, Martin Luther King Jr, and Nkechi Taifa, as well as mainstream political philosophers like John Rawls, Charles Mills, and Elizabeth Anderson. Táíwò’s project
has wide implications for our views of justice, racism, the legacy of colonialism, and climate change policy.