Join Grammy Award winning multi-Platinum recording artist, actor, and entrepreneur, T-Pain to discuss “Can I Mix You a Drink?”

T-Pain is a Grammy Award winning multi-Platinum recording artist, actor, and entrepreneur. Born Faheem Rasheed Najm, T-Pain has sold over 50 million records, won six Grammy Awards, and released seven albums. In 2019, T-Pain became the first winner of The Masked Singer, as the Tallahassee, Florida native aimed to show the world he was much more than the perfecter of Auto-Tune. T-Pain is also a brand ambassador, cartoon voiceover talent, podcast host, and the “dean” of Wiscansin University. 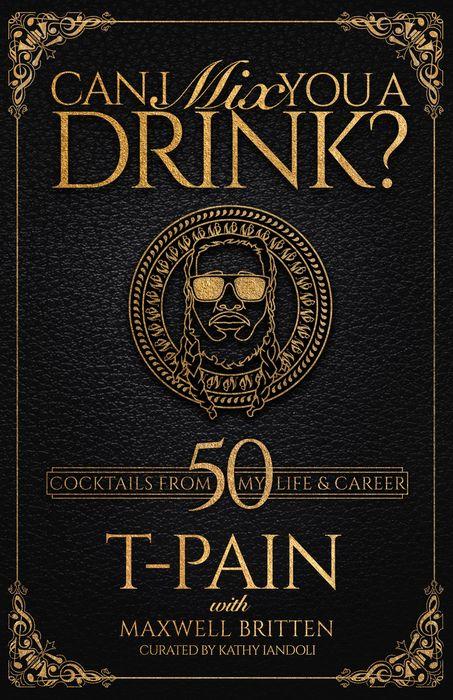 Grammy Award winning artist T-Pain brings Can I Mix You A Drink?, a liquor guide inspired by his Platinum hits, combining unique drinks with an experience that only T-Pain can provide.

In 2007, “rappa ternt sanga” T-Pain released his hit single “Can I Buy U A Drank (Shawty Snappin’),” propelling the artist to mainstream royalty. Since then, the Tallahassee, Florida native has secured his position as one of the most successful and diverse hip-hop artists in the world. It all started, really, with a song about liquor. T-Pain’s extensive career has been punctuated by libations. It’s been a part of his music, his business acumen (having secured a number of ambassador deals with liquor brands like Jose Cuervo), and his overall persona. Now, T-Pain brings his love of mixology and music in book form, titled Can I Mix You A Drink? Working with Mixologist Maxwell Britten, former Bar Director to Brooklyn’s James Beard Award Winning Maison Premiere, T-Pain sets cocktails to music. Each drink has been carefully curated to reflect a sentiment from one of his hit songs. Drink by drink, T-Pain explores levels of new flavors (and potencies) to create a work that can be used for parties, local bars, pre-gaming before the club, or even just a quiet night at home. It’s nearly impossible not to hear T-Pain’s music as you read through the drinks and their unique combinations and names. Considering T-Pain is known for unorthodox mixes in his music, expect the same from his drinks, along with some classic cocktails modified by T-Pain himself. Whether you’re a fan of T-Pain or a fan of drink-making, Can I Mix You A Drink? is the cocktail book for you.