Merry Farmer lives in suburban Philadelphia with her two cats, Justine and Peter. She has been writing since she was ten years old and realized she didn’t have to wait for the teacher to assign a creative writing project to write something. It was the best day of her life. Her books have reached the top of Amazon’s charts, and have been named finalists for several prestigious awards, including the RONE Award for indie romance. 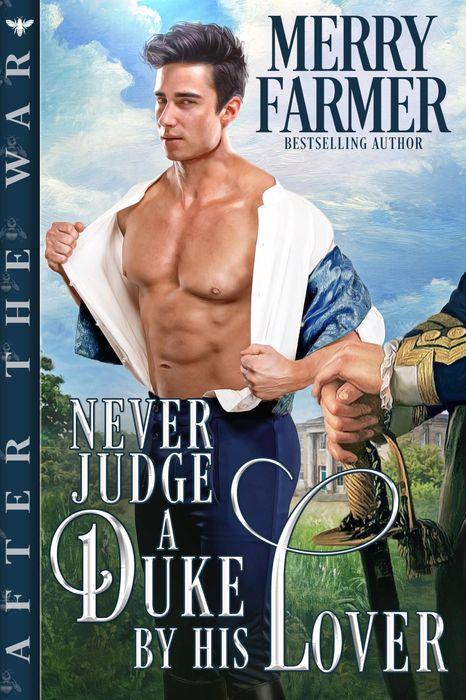 Lord Barrett Landers, Viscount Copeland, is at loose ends after being decommissioned as a naval officer at the end of the Napoleonic Wars. Instead of going home to Wiltshire, his family, and the marriage that his mother will inevitably attempt to force him into, he is happy to idle away the summer with his friends at Wodehouse Abbey in Yorkshire.

And then temptation arrives in the form of the estate’s owner, Lord Anthony Wodehouse, Duke of Malton.

Widower Anthony wants nothing more than to live his life in the country, as far away from London and his duties as a peer as he can get. He has children to raise, an estate to manage, and a family’s expectations to uphold. He thought that hosting his youngest brother’s friends for the summer would be nothing more than a minor inconvenience and a chance to expand his tiny circle of acquaintances.

Until handsome and charming Barrett stirs feelings in him that he never thought he could have.

Anthony and Barrett embark on an eye-opening love affair that makes both of them reconsider their ideas about duty and family. But when Anthony’s meddlesome aunt arrives with far more traditional plans for her nephew, and when she invites a passel of marriage-minded guests to stay with Anthony without asking him, the resulting shenanigans could land both Anthony and Barrett in heaps of trouble as they decide whether to follow their hearts or their families’ wishes.

PLEASE BE ADVISED: Steam Level – Smokin’ hot! This includes explicit scenes between male lovers, so if that isn’t what you want to read, please feel free to pass on this book.