Join in a virtual event with Cherie Priest, author of “Grave Reservations.”

Cherie Priest is the author of two dozen books and novellas, including the horror novel The Toll, acclaimed gothic Maplecroft, and the award-winning Clockwork Century series, beginning with Boneshaker. She has been nominated for the Hugo Award and the Nebula Award, and she won the Locus Award for best horror novel. Her books have been translated into nine languages in eleven countries. She lives in Seattle, Washington, with her husband and a menagerie of exceedingly photogenic pets. 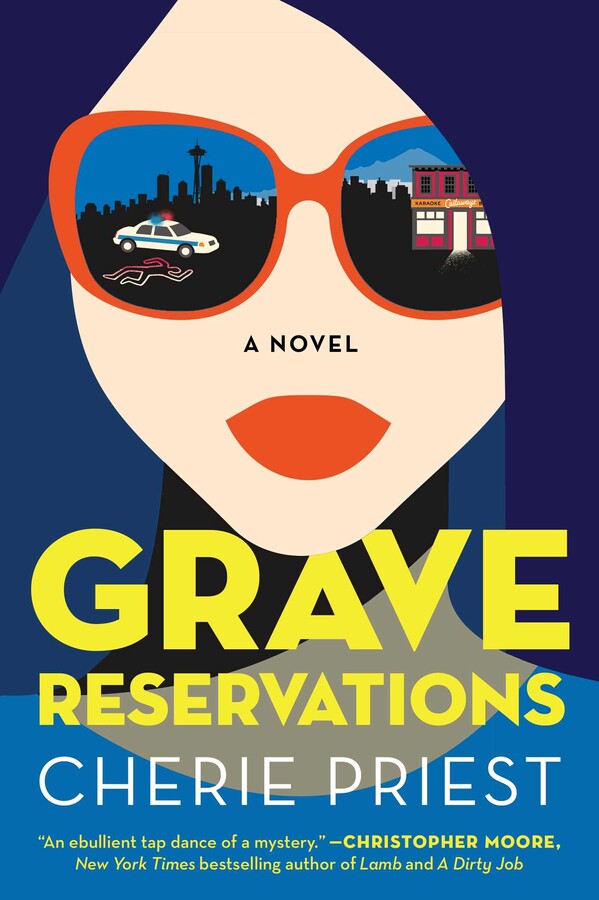 A psychic travel agent and a Seattle PD detective solve a murder in this quirky mystery in the vein of Lisa Lutz’s The Spellman Files and Charlaine Harris’s Aurora Teagarden series.

After watching his original plane blow up from the safety of the airport, Grady realizes that Leda’s special abilities could help him with a cold case he just can’t crack.

Despite her scattershot premonitions, she agrees for a secret reason: her fiancé’s murder remains unsolved. Leda’s psychic abilities couldn’t help the case several years before, but she’s been honing her skills and drawing a crowd at her favorite bar’s open-mic nights, where she performs Klairvoyant Karaoke—singing whatever song comes to mind when she holds people’s personal effects. Now joined by a rag-tag group of bar patrons and pals alike, Leda and Grady set out to catch a killer—and learn how the two cases that haunt them have more in common than they ever suspected.