Join in a virtual event with Caitlin Sangster, author of “She Who Rides the Storm.”

Caitlin Sangster is the author of the Last Star Burning trilogy and the founder and cohost of the Lit Service podcast. She grew up in the backwoods of Northern California, has lived in China, Taiwan, Utah, and Montana and can often be found dragging her poor husband and four children onto hikes that feature far too many bears. You can find her online at CaitlinSangster.com. 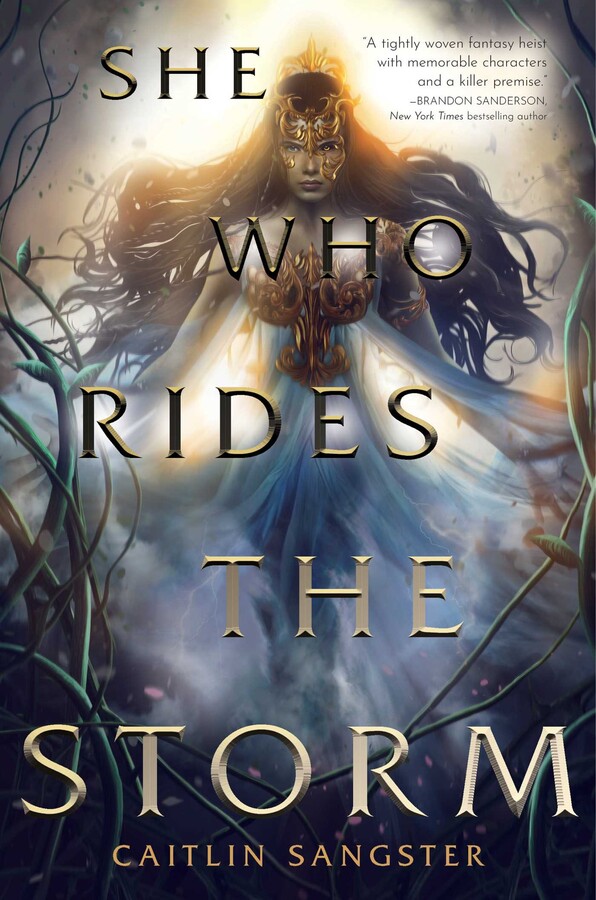 In this atmospheric YA fantasy that is Wicked Saints meets There Will Come a Darkness, four teens are drawn into a high-stakes heist in the perilous tomb of an ancient shapeshifter king.

Long ago, shapeshifting monsters ruled the Commonwealth using blasphemous magic that fed on the souls of their subjects. Now, hundreds of years later, a new tomb has been uncovered, and despite the legends that disturbing a shapeshifter’s final resting place will wake them once again, the Warlord is determined to dig it up.

But it isn’t just the Warlord who means to brave the traps and pitfalls guarding the crypt.

A healer obsessed with tracking down the man who murdered her twin brother.

A runaway member of the Warlord’s Devoted order, haunted by his sister’s ghost.

A snotty archaeologist bent on finding the cure to his magical wasting disease.

A girl desperate to escape the cloistered life she didn’t choose.

All four are out to steal the same cursed sword rumored to be at the very bottom of the tomb. But of course, some treasures should never see the light of day, and some secrets are best left buried…