Join in an event with Kati Marton, author of “The Chancellor.”

Kati Marton is the author of True Believer: Stalin’s American Spy; Enemies of the People: My Family’s Journey to America, a National Book Critics Circle Award finalist; The Great Escape: Nine Jews Who Fled Hitler and Changed the World; Hidden Power: Presidential Marriages That Shaped Our History; Wallenberg; The Polk Conspiracy; and A Death in Jerusalem. She is an award-winning former NPR and ABC News correspondent. She lives in New York City. 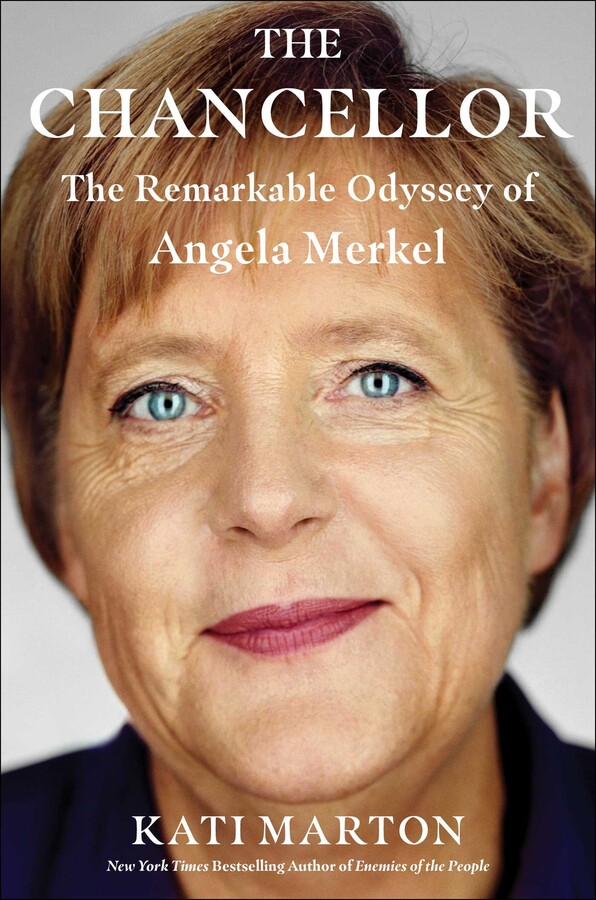 The definitive biography of German Chancellor Angela Merkel, detailing the remarkable rise and political brilliance of the most powerful—and elusive—woman in the world.

The Chancellor is at once a riveting political biography and an intimate human story of a complete outsider—a research chemist and pastor’s daughter raised in Soviet-controlled East Germany—who rose to become the unofficial leader of the West.

Acclaimed biographer Kati Marton set out to pierce the mystery of how Angela Merkel achieved all this. And she found the answer in Merkel’s political genius: in her willingness to talk with adversaries rather than over them, her skill at negotiating without ever compromising on what’s most important to her, her canniness in appointing political rivals to her cabinet and exacting their policies so they have no platform to run against her, the humility to allow others to take credit for things done in tandem, the wisdom to stay out of the papers and off Twitter, and the vision to take advantage of crises to enact bold change.

Famously private, the Angela Merkel who emerges in The Chancellor is a role model for anyone interested in gaining and keeping power while holding onto one’s moral convictions—and for anyone looking to understand how to successfully bridge huge divisions within society. No modern leader has so ably confronted Russian aggression, provided homes to over a million refugees, and calmly unified Europe at a time when other countries are becoming more divided. But Marton also describes Merkel’s many challenges, such as her complicated relationship with President Obama, who she at one point refused to speak to.

This captivating portrait shows a woman who has survived extraordinary challenges to transform her own country and return it to the global stage. Timely and revelatory, this great morality tale shows the difference an exceptional leader can make for the greater good of a country and the world.