[In Conversation with Susan Choi]
October 12 @ 7:00 pm
Organized by: Scripps
Get Tickets: https://www.eventbrite.com/e/virtual-pen-out-loud-hillary-clinton-and-louise-penny-with-susan-choi-tickets-170705313187

Louise Penny is an international award winning and bestselling author whose books have hit #1 on the New York Times, USA TODAY, and Globe and Mail (Toronto) lists. Her Chief Inspector Armand Gamache novels, published by Minotaur Books, an imprint of the St. Martin’s Publishing Group, have been translated into thirty-one languages. In 2017, she received the Order of Canada for her contributions to Canadian culture. Louise Penny lives in a village south of Montréal.

Hillary Rodham Clinton is the first woman in US history to become the presidential nominee of a major political party. She served as the 67th Secretary of State after nearly four decades in public service advocating on behalf of children and families as an attorney, First Lady, and US Senator. She is a wife, mother, grandmother, and author of seven previous books, all published by Simon & Schuster. 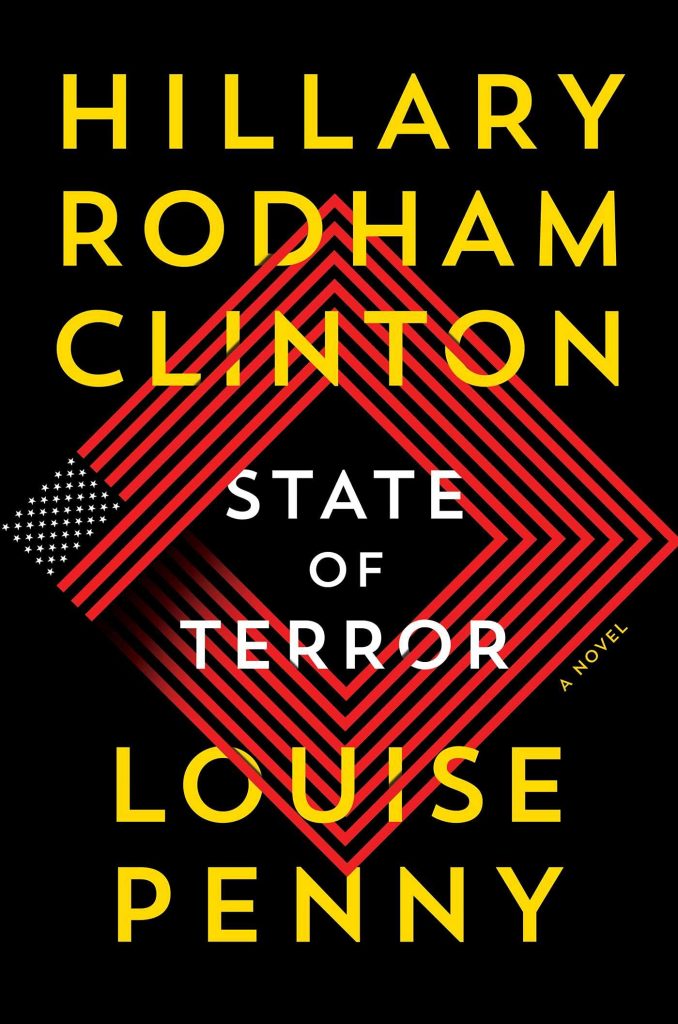 Named one of the most anticipated novels of the season by People, Associated Press, Time, Los Angeles Times, Parade, St. Louis Post-Dispatch, The Guardian, Publishers Weekly, and more.

From the #1 bestselling authors Hillary Clinton and Louise Penny comes a novel of unsurpassed thrills and incomparable insider expertise—State of Terror.

After a tumultuous period in American politics, a new administration has just been sworn in, and to everyone’s surprise the president chooses a political enemy for the vital position of secretary of state.

There is no love lost between the president of the United States and Ellen Adams, his new secretary of state. But it’s a canny move on the part of the president. With this appointment, he silences one of his harshest critics, since taking the job means Adams must step down as head of her multinational media conglomerate.

As the new president addresses Congress for the first time, with Secretary Adams in attendance, Anahita Dahir, a young foreign service officer (FSO) on the Pakistan desk at the State Department, receives a baffling text from an anonymous source.

Too late, she realizes the message was a hastily coded warning.

What begins as a series of apparent terrorist attacks is revealed to be the beginning of an international chess game involving the volatile and Byzantine politics of Pakistan, Afghanistan, and Iran; the race to develop nuclear weapons in the region; the Russian mob; a burgeoning rogue terrorist organization; and an American government set back on its heels in the international arena.

As the horrifying scale of the threat becomes clear, Secretary Adams and her team realize it has been carefully planned to take advantage of four years of an American government out of touch with international affairs, out of practice with diplomacy, and out of power in the places where it counts the most.

To defeat such an intricate, carefully constructed conspiracy, it will take the skills of a unique team: a passionate young FSO; a dedicated journalist; and a smart, determined, but as yet untested new secretary of state.