Join in an in-person event with Joe Posnanski, author of “The Baseball 100.”

Joe Posnanski is the #1 New York Times bestselling author of six books, including Paterno and The Secret of Golf. He has written for The Athletic, Sports Illustrated, NBC Sports and The Kansas City Star and currently writes at JoePosnanski.com. He has been named National Sportswriter of the Year by five different organizations and is the winner of two Emmy Awards. He lives in Charlotte, North Carolina, with his family. 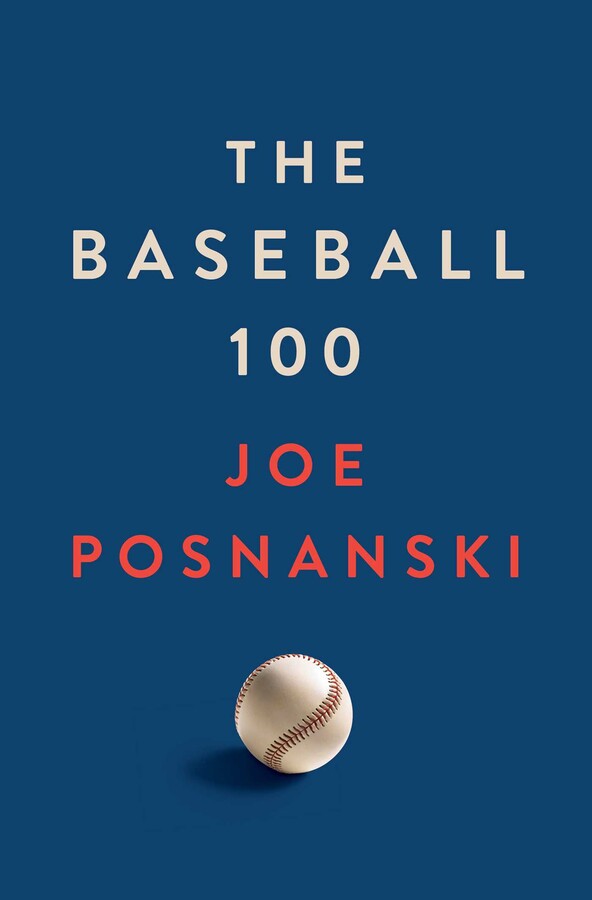 A magnum opus from acclaimed baseball writer Joe Posnanski that is already being hailed as “an instant sports classic” (New York Post), The Baseball 100 is an audacious, singular, and masterly book that took a lifetime to write. The entire story of baseball rings through a countdown of the 100 greatest players in history, with a foreword by George Will.

Longer than Moby-Dick and nearly as ambitious,?The Baseball 100 is a one-of-a-kind work by award-winning sportswriter and lifelong student of the game Joe Posnanski that tells the story of the sport through the remarkable lives of its 100 greatest players. In the book’s introduction, Pulitzer Prize–winning commentator George F. Will marvels, “Posnanski must already have lived more than 200 years. How else could he have acquired such a stock of illuminating facts and entertaining stories about the rich history of this endlessly fascinating sport?”

Baseball’s legends come alive in these pages, which are not merely rankings but vibrant profiles of the game’s all-time greats. Posnanski dives into the biographies of iconic Hall of Famers, unfairly forgotten All-Stars, talents of today, and more. He doesn’t rely just on records and statistics—he lovingly retraces players’ origins, illuminates their characters, and places their accomplishments in the context of baseball’s past and present. Just how good a pitcher is Clayton Kershaw in the twenty-first- century game compared to Greg Maddux dueling with the juiced hitters of the nineties? How do the career and influence of Hank Aaron compare to Babe Ruth’s? Which player in the top ten most deserves to be resurrected from history?

No compendium of baseball’s legendary geniuses could be complete without the players of the segregated Negro Leagues, men whose extraordinary careers were largely overlooked by sportswriters at the time and unjustly lost to history. Posnanski writes about the efforts of former Negro Leaguers to restore sidelined Black athletes to their due honor, and draws upon the deep troves of the Negro Leagues Baseball Museum and extensive interviews with the likes of Buck O’Neil to illuminate the accomplishments of players such as pitchers Satchel Paige and Smokey Joe Williams; outfielders Oscar Charleston, Monte Irvin, and Cool Papa Bell; first baseman Buck Leonard; shortstop Pop Lloyd; catcher Josh Gibson; and many, many more.

The Baseball 100 treats readers to the whole rich pageant of baseball history in a single volume. Chapter by chapter, Posnanski invites readers to examine common lore with brand-new eyes and learn stories that have long gone unheard. The epic and often emotional reading experience mirrors Posnanski’s personal odyssey to capture the history and glory of baseball like no one else, fueled by his boundless love for the sport.

Engrossing, surprising, and heartfelt, The Baseball 100 is a magisterial tribute to the game of baseball and the stars who have played it.