Charlie Kirk will sign copies of “The MAGA Doctrin” in CA next month.

Charlie Kirk is the founder and president of Turning Point USA, the largest and fastest-growing conservative youth activist organization in the country with over 250,000 student members, over 150 full-time staff, and a presence on over 1,500 high school and college campuses nationwide. Charlie is also the chairman of Students for Trump, which aims to activate one million new college voters on campuses in battleground states in the lead-up to the 2020 presidential election. His social media reaches over 100 million people per month, and according to Axios, his is one of the top 10 most engaged Twitter handles in the world. He is also the host of The Charlie Kirk Show, which regularly ranks among the top news shows on Apple podcast charts. 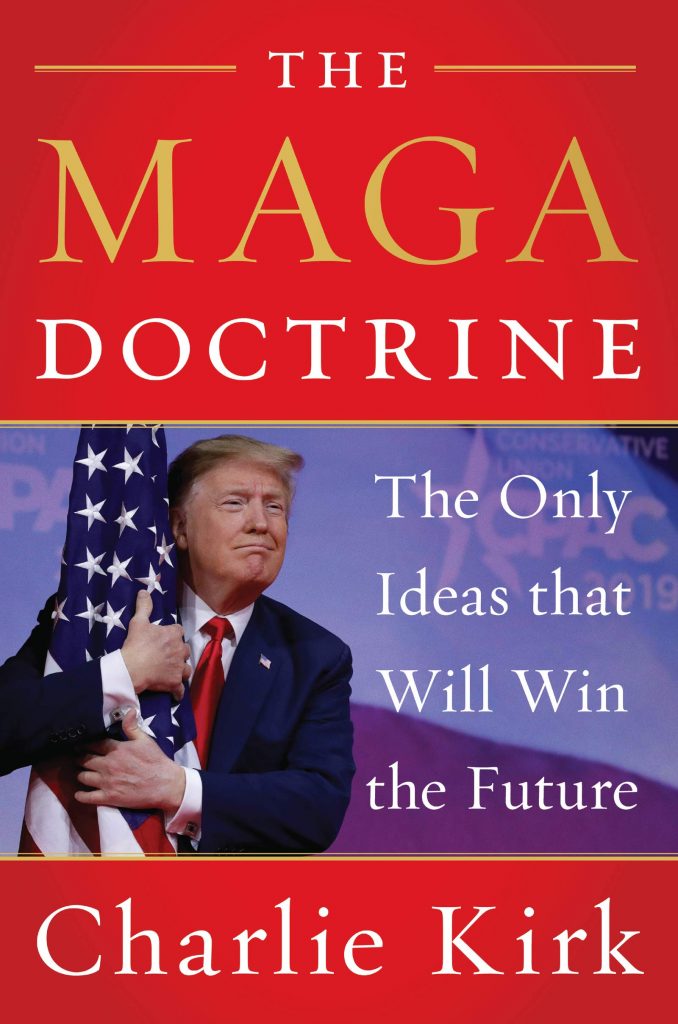 The movement that brought Donald Trump to the White House has better ideas than the old right or the new left. It’s time that the rest of America started listening.

Fed up with Silicon Valley, the media, liberal higher education, the military-industrial complex, Twitter mobs, swamp monsters, Big Pharma, out-of-control prosecutors, and gun-grabbing fascists, ordinary Americans miss the days when America cared about rule of the people, by the people, and for the people. Remember when you didn’t feel bombarded on all sides by coastal billionaires and their government stooges? The MAGA Doctrine urges an overdue restoration of self-rule by a populace long taken for granted by its rulers.

Turning Point USA founder and social media superstar Charlie Kirk explains once and for all why a New York real estate magnate found an audience among young conservatives all over the country. Trump and his allies are working to protect all the small things that both parties dismissed: local businesses, families, churches, and the rights of the individual. Kirk explains why it took a reality TV superstar to see past the sclerotic and power-hungry institutions, from the United Nations and Google to Harvard and Viacom, working to crush real America. The Trump Doctrine is all about giving you a say in the future of America and a hand in making it happen.

As the mainstream media keep churning out lies about the “real reasons” behind the new conservative agenda, Charlie Kirk’s The MAGA Doctrine is a powerful reminder of the true narrative of freedom and greatness that swept Donald Trump to the presidency.