Erik Larson signs copies of “THE DEVIL IN THE WHITE CITY!” in KS next month.

Erik Larson is the author of five national bestsellers: Dead Wake, In the Garden of Beasts, Thunderstruck, The Devil in the White City, and Isaac’s Storm, which have collectively sold more than nine million copies. His books have been published in nearly twenty countries. 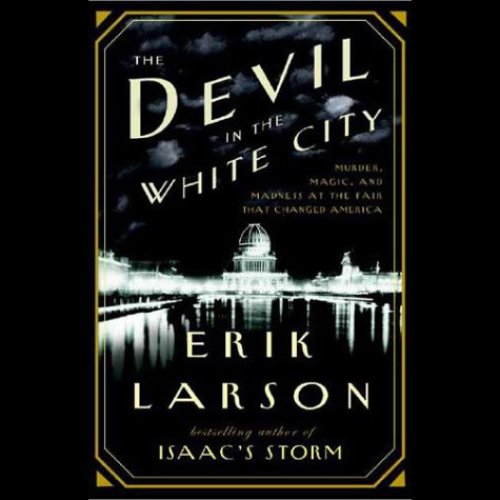 In a thrilling narrative showcasing his gifts as storyteller and researcher, Erik Larson recounts the spellbinding tale of the 1893 World’s Columbian Exposition.

The White City (as it became known) was a magical creation constructed upon Chicago’s swampy Jackson Park by Daniel H. Burnham, the famed architect who coordinated the talents of Frederick Olmsted, Louis Sullivan, and others to build it. Dr. Henry H. Holmes combined the fair’s appeal with his own fatal charms to lure scores of women to their deaths. Whereas the fair marked the birth of a new epoch in American history, Holmes marked the emergence of a new American archetype, the serial killer, who thrived on the very forces then transforming the country.

In deft prose, Larson conveys Burnham’s herculean challenge to build the White City in less than 18 months. At the same time, he describes how, in a malign parody of the achievements of the fair’s builders, Holmes built his own World’s Fair Hotel – a torture palace complete with a gas chamber and crematorium. Throughout the book, tension mounts on two fronts: Will Burnham complete the White City before the millions of visitors arrive at its gates? Will anyone stop Holmes as he ensnares his victims?