Andy Smith will sign copies of “Zayde’s Arcade” in FL this month.

Author Andy Smith is an author and a professional actor originally from New York City who has lived in Canada for the last thirty years. Andy has appeared in numerous film, television and theatre productions, working alongside celebrities such as Tom Selleck and Kate Beckinsale.

In terms of his recently published novel, Zayde’s Arcade, Andy spent many a summer in Coney Island in his formative youth and, while there, often visited his grandparents (his Bubbie and Zayde’s) at their nearby penny arcade.

You can connect with Andy at: AndySmithOnLine.ca 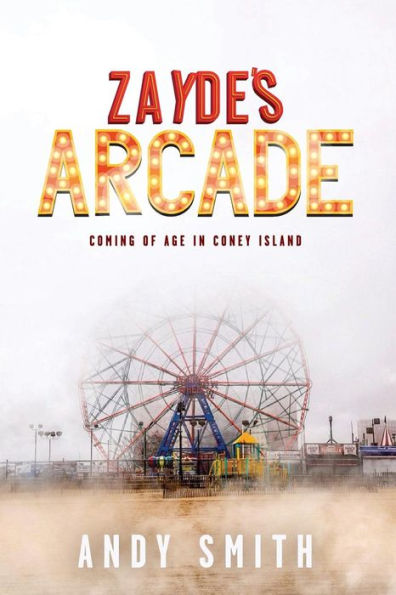 Is love an enticing game–or just a scary rollercoaster ride?

In the summer of 1966, sixteen-year-old Jason goes to work at his Jewish grandfather’s penny arcade in Coney Island. While working there, he plunges head over heels for Anna, a beautiful Italian girl. Little does he know what lies ahead.

Amid the constant rumbling of a roller coaster and the cacophony of pinball machines, transistor radios, bumper cars, hot dogs and cotton candy, Jason barrels through a dizzying array of twists and turns. Thrilled by the first pangs of love and shaken by his first death in the family, Jason doesn’t know which way is up. And if that isn’t enough, he clashes with Anna’s macho boyfriend and her overbearing father.

Along the way, Jason stumbles upon a deep, dark secret which shakes his understanding of the very definition of love and loyalty. While Jason embarks on his Coney Island journey with childlike innocence, will he emerge victoriously or battle weary in a complex adult world?