Comedian Darryl Littleton will be signing copies of his new book “This Day in Comedy: The Ethnic Encyclopedia of Laughter” in CA this month.

Darryl Littleton is a comedian who has also penned material for Cedric the Entertainer, Sommore, and Don DC Curry. Some of Darryl’s television credits include Def Comedy Jam, Make Me Laugh, Martin Lawrence’s 1st Amendment, and America’s Funniest People, where he won the grand prize. Darryl toured the world as a stand-up comedian entertaining US military troops; released his comedy, CD Am I Lying?!; won the prestigious Bay Area Black Comedy Competition in its 20th Anniversary, worked as a commentator for NPR; and his book, Black Comedians on Black Comedy, was adapted into the documentary Why We Laugh. 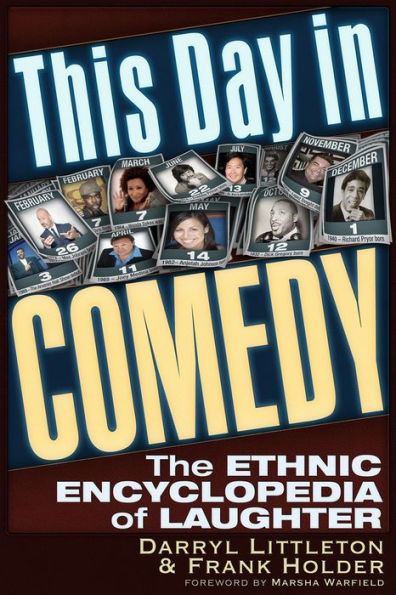 On This Day in Comedy is not just an encyclopedia, but a celebration of comedy. In humorous prose the book takes readers through the often-neglected subcultures of comedy in America, acknowledging the inclusiveness of the performers as well as shows and films that made this art form so vital to comics of all backgrounds. It’s artistically criminal that a search for Native American or Asian comedy information yields a virtually blank slate. Look for Middle Eastern comics and you’ll be provided information on the region’s comic book revolution, and search results for Latin comedy are confined to a series of outdated articles. This encyclopedia will offer rare and in some cases never-before-seen photos and obscure facts, making it an indispensable comedy essential.