Richard Chizmar will be having a big book signing event this week in Bangor, Maine, to celebrate the publication of GWENDY’S MAGIC FEATHER!

He is the co-author (with Stephen King) of the bestselling novella, Gwendy’s Button Box and the founder/publisher of Cemetery Dance magazine and the Cemetery Dance Publications book imprint. He has edited more than 35 anthologies and his short fiction has appeared in dozens of publications, including multiple editions of Ellery Queen’s Mystery Magazine and The Year’s 25 Finest Crime and Mystery Stories. He has won two World Fantasy awards, four International Horror Guild awards, and the HWA’s Board of Trustee’s award.

Chizmar (in collaboration with Johnathon Schaech) has also written screenplays and teleplays for United Artists, Sony Screen Gems, Lions Gate, Showtime, NBC, and many other companies. He has adapted the works of many bestselling authors including Stephen King, Peter Straub, and Bentley Little.

Chizmar is also the creator/writer of Stephen King Revisited, and his fourth short story collection, The Long Way Home, was published in 2019. With Brian James Freeman, Chizmar is co-editor of the acclaimed Dark Screams horror anthology series published by Random House imprint, Hydra.

His latest book, Widow’s Point, a chilling tale about a haunted lighthouse written with his son, Billy Chizmar, was recently adapted into a feature film. His next book, The Girl on the Porch, will be published in August by Subterranean Press.

Chizmar’s work has been translated into more than fifteen languages throughout the world, and he has appeared at numerous conferences as a writing instructor, guest speaker, panelist, and guest of honor. 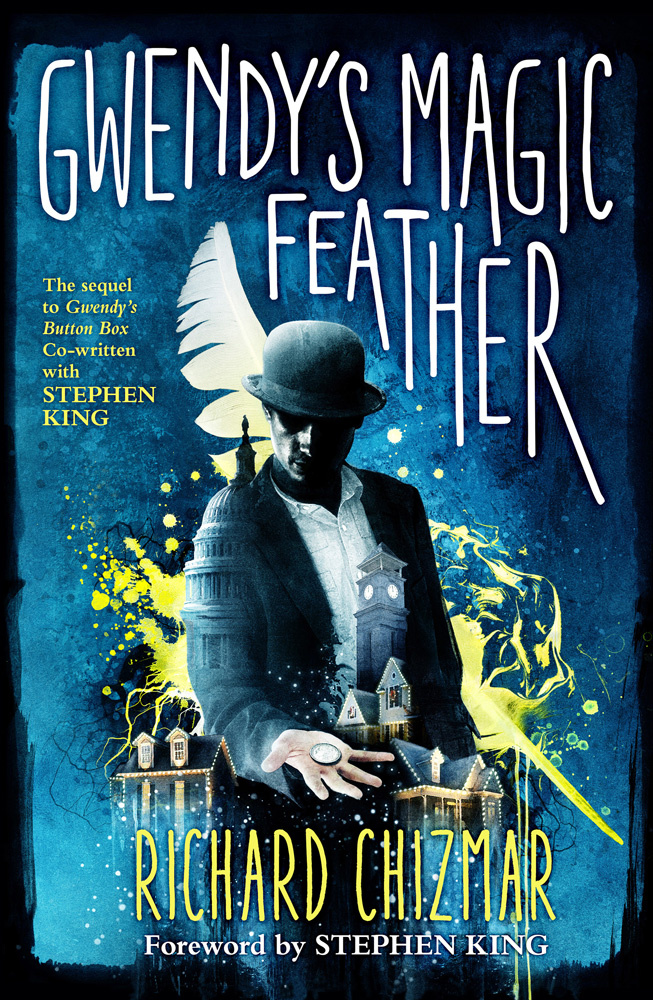 Something evil has swept into the small western Maine town of Castle Rock on the heels of the latest winter storm. Sheriff Norris Ridgewick and his team are desperately searching for two missing girls, but time is running out to bring them home alive.

In Washington D.C., thirty-seven-year-old Gwendy Peterson couldn’t be more different from the self-conscious teenaged girl who once spent a summer running up Castle Rock’s Suicide Stairs. That same summer, she was entrusted—or some might say cursed—with the extraordinary button box by Richard Farris, the mysterious stranger in the black suit. The seductive and powerful box offered Gwendy small gifts in exchange for its care and feeding until Farris eventually returned, promising Gwendy she’d never see the box again.

One day, though, the button box shows up without warning—and without Richard Farris to explain why, or what she’s supposed to do with it. The mysterious reappearance of the box, along with the troubling disappearances in Castle Rock, leads Gwendy home again…where she just might be able to help rescue the missing girls and stop a madman before he does something ghastly.

From New York Times bestseller Richard Chizmar comes Gwendy’s Magic Feather, a breathtaking novel that asks whether our lives are controlled by fate or the choices we make—and what price we might have to pay for those choices when we reach for the things we most desire. Prepare to return again to Stephen King’s Castle Rock, the sleepy little town built on a bedrock of deep, dark secrets, which is about to awaken from its quiet slumber once more.