Millicent Hughes will sign copies of “1777-Danbury on Fire” in VA this month.

Millicent Haight Bell Hughes attended Carleton College and graduated from The University of Minnesota, later attending that graduate school. More recently she has been employed as a defense contractor in varying capacities, thus continuing the military tradition of her family.

A member of the Daughters of the American Revolution, Hughes also belongs to the French and Indian War Foundation, plus too many historical societies to count! 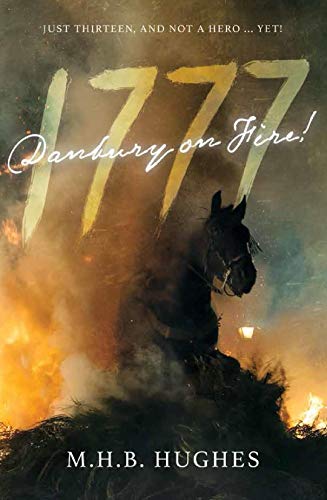 About the Book:
1777 – Danbury on Fire! is an all-ages historical novel of the Revolution. We follow a boy through four days surrounding a British raid on a Patriot commissary in small-town Danbury Connecticut. Young Joe Hamilton is only a pawn as his parents fight against war, while Joe wakes up from childhood, determined to fight for control of his future.
From dinner party to decapitation, Joe rushes from one disaster to the next, finally returning home in defeat after failing to save his hero. Home – the most dangerous place Joe could be…
Snips from historical documents sprinkle the text to prove the truth of the fact-driven plot. From British generals to the put-upon Tory neighbor and his overworked daughter, real people do exactly what they did in April of 1777. A bibliography is included, plus the characters’ lives after the war.

Whether you wonder about the lives of your ancestors or want to relive beloved classics like Johnny Tremaine, we hear the caustic commentary of young Joe, who figures out fast that he’d better listen hard or someone might die….