Frank L. Gertcher will sign copies of “The River Rat Murders” in NC this month.

I am a retired senior scientist and current storyteller. My publications include six books and a number of papers in scientific journals. I was born in Clinton in Vermillion County, Indiana, and I grew up on a farm in Sullivan County. My mother’s ancestors lived and died on the Indiana frontier. For many years, my father and I fished and trapped on the Wabash River for a major portion of our family income. As an adult, I traveled to and lived in many places around the world, but I am still a Hoosier at heart.

The settings for my latest novel titled: The River Rat Murders (2019), includes the Wabash River Valley and small Indiana towns during Prohibition. My father (1910-1998) was an active participant in the moonshine business during the 1920s.

My earlier novel titled: The Dark Cabin Murders (2018), includes small towns and the countryside near my family’s Indiana farm. Wind Grass Hill is a real place that I often visited as a boy. The Devil’s Dell was modeled on the deep “dells” in Turkey Run State Park.

I have six more books in various stages of completion, and new Wind Grass Hill novels will soon appear on bookstore shelves. 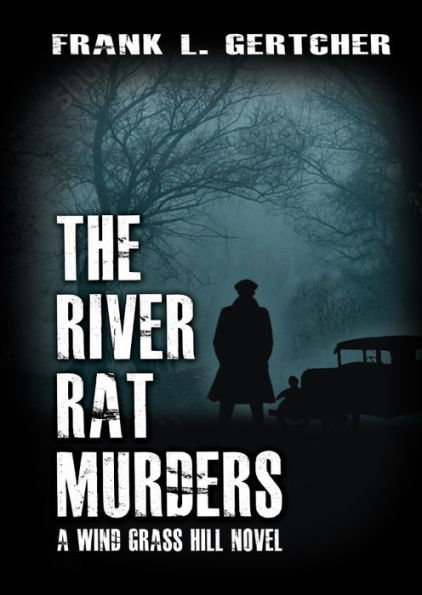 The River Rat Murders presents the first part of the diary of Caroline Case, a Wabash Valley Madame, during Prohibition. After the murder of her friend Alec in 1921, Caroline becomes an amateur but extremely resourceful detective. She and her mysterious new friend, Hannibal Jones, her “girls” and an odd assortment of local characters solve five murders. They get no help from the authorities, who are on the take from gangsters who control the booze trade in the Valley.

Caroline, Hannibal and their friends call themselves “The River Rat Detective Agency.” As they solve the murders, they become involved in the war between Al Capone and the North Side gang over control of the booze trade. There are shootouts, kidnappings and daring rescues.

Over time (1921-1928), Caroline evolves from humble beginnings into a sophisticated, liberated woman. She accumulates wealth from investments in speakeasies, roadhouses and upscale salons. She uses her money to help her friends and to invest in legitimate businesses. After the fifth murder and an attempt on her life, she and Hannibal escape to their first adventure outside of the Valley.

In 1928, just before the crash of the stock market, Caroline and Hannibal solve a sixth murder, this time at a high-end resort in Florida. This murder relates back to murders in the Valley and to Al Capone, who has his vacation house at 93 Palm Island, Miami Beach, Florida. At the end of the story, Capone lifts the bounty on Caroline, and she and Hannibal are off to new adventures.

In this second Wind Grass Hill murder-mystery, Frank L. Gertcher lets Caroline Case tell her own story of booze, gang wars, love and adventure. Although fiction, Caroline’s story rings true to the fascinating history and colorful characters who lived, loved and died in the bawdy towns along the Wabash River during the heyday of Prohibition. More murder mysteries will follow, as Caroline and Hannibal continue their adventures!