Eric Lichtblau & John Billings will sign copies of “Return to the Reich” in VA next month.

ERIC LICHTBLAU is a Pulitzer Prize–winning investigative reporter in the Washington bureau of the New York Times and has written about legal, political, and national security issues in the capital since 1999. He was the co-recipient of the Pulitzer Prize in 2006 for his stories in the New York Times disclosing the existence of a secret wiretapping program approved by President George W. Bush after the 9/11 attacks. He was a reporter for the Los Angeles Times for fifteen years before joining the New York Times in 2002. A graduate of Cornell University, he is the author of Bush’s Law: The Remaking of American Justice, which one reviewer called “All the President’s Men for an Age of Terror.” In the course of research for The Nazis Next Door, he was a visiting fellow at the United States Holocaust Museum in Washington, DC. He lives outside Washington with his wife and children. 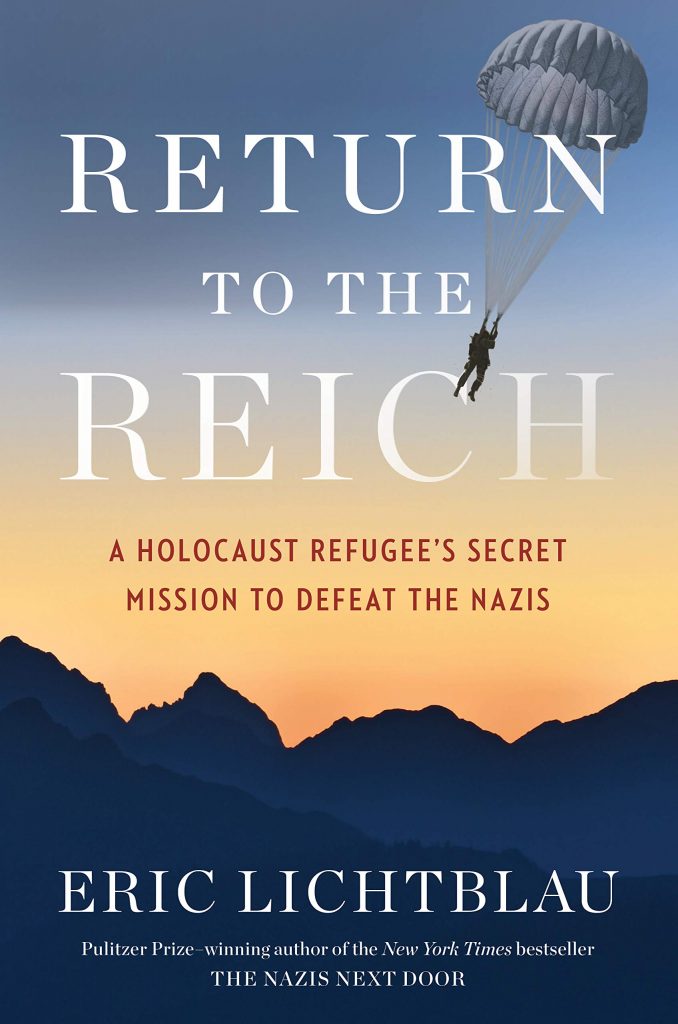 The remarkable story of Fred Mayer, a German-born Jew who escaped Nazi Germany only to return as an American commando on a secret mission behind enemy lines.

Growing up in Germany, Freddy Mayer witnessed the Nazis’ rise to power. When he was sixteen, his family made the decision to flee to the United States—they were among the last German Jews to escape, in 1938.

In America, Freddy tried enlisting the day after Pearl Harbor, only to be rejected as an “enemy alien” because he was German. He was soon recruited to the OSS, the country’s first spy outfit before the CIA. Freddy, joined by Dutch Jewish refugee Hans Wynberg and Nazi defector Franz Weber, parachuted into Austria as the leader of Operation Greenup, meant to deter Hitler’s last stand. He posed as a Nazi officer and a French POW for months, dispatching reports to the OSS via Hans, holed up with a radio in a nearby attic. The reports contained a goldmine of information, provided key intelligence about the Battle of the Bulge, and allowed the Allies to bomb twenty Nazi trains. On the verge of the Allied victory, Freddy was captured by the Gestapo and tortured and waterboarded for days. Remarkably, he persuaded the Nazi commander for the region to surrender, completing one of the most successful OSS missions of the war.

Based on years of research and interviews with Mayer himself, whom the author was able to meet only months before his death at the age of ninety-four, Return to the Reich is an eye-opening, unforgettable narrative of World War II heroism.