Norman Fine will sign copies of “Blind Bombing” in VA next month.

Norman Fine is a retired electronics engineer, founder of a high-tech company, and the editor and publisher of an annual engineering design guide series in the 1990s. 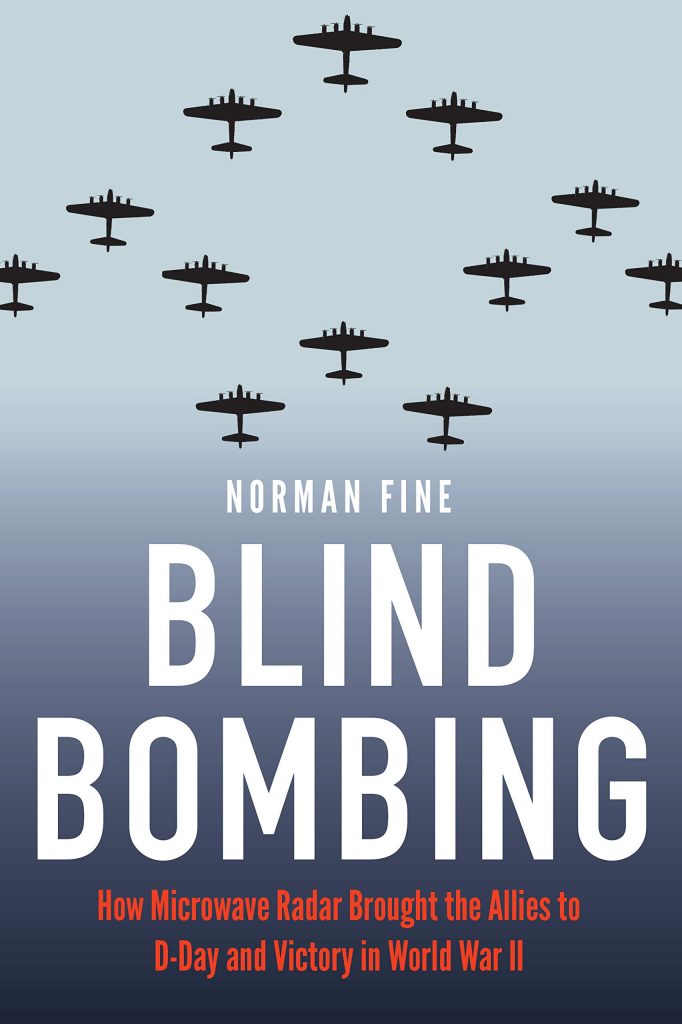 Late in 1939 Nazi Germany was poised to overrun Europe and extend Adolf Hitler’s fascist control. At the same time, however, two British physicists invented the resonant cavity magnetron. About the size of a hockey puck, it unlocked the enormous potential of radar exclusively for the Allies.

Since the discovery of radar early in the twentieth century, development across most of the world had progressed only incrementally. Germany and Japan had radar as well, but in just three years, the Allies’ new radar, incorporating the top-secret cavity magnetron, turned the tide of war from doubtful to a known conclusion before the enemy even figured out how. The tactical difference between the enemy’s primitive radar and the Allies’ new radar was similar to that between a musket and a rifle. The cavity magnetron proved to be the single most influential new invention contributing to winning the war in Europe.

Norman Fine tells the relatively unknown story of radar’s transformation from a technical curiosity to a previously unimaginable offensive weapon. We meet scientists and warriors critical to the story of radar and its pressure-filled development and implementation. Blind Bombing brings to light two characters who played an integral role in the story as it unfolded: one, a brilliant and opinionated scientist, the other, an easygoing twenty-one-year-old caught up in the peacetime draft.

This unlikely pair and a handful of their cohorts pioneered a revolution in warfare. They formulated new offensive tactics by trying, failing, and persevering, ultimately overcoming the naysayers and obstructionists on their own side and finally the enemy.