Wendy Trimboli will be signing copies of “The Resurrectionist of Caligo” in CO next month.

WENDY TRIMBOLI grew up in England, Germany and the United States, and learned to speak two languages well enough that most people can understand her. Determined to ignore her preference for liberal arts, she attended the US Air Force Academy then worked as an intelligence officer, which was less exciting than it sounds. These days she has a creative writing MFA from Vermont College of Fine Arts, and lives in Colorado with her family, border collie, and far too many books. 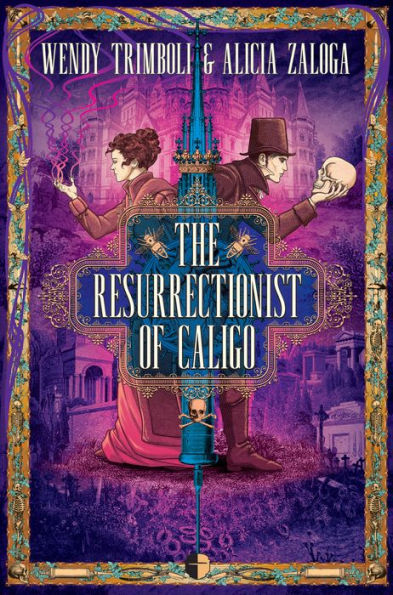 With a murderer on the loose, it’s up to an enlightened bodysnatcher and a rebellious princess to save the city, in this wonderfully inventive Victorian-tinged fantasy noir.

“Man of Science” Roger Weathersby scrapes out a risky living digging up corpses for medical schools. When he’s framed for the murder of one of his cadavers, he’s forced to trust in the superstitions he’s always rejected: his former friend, princess Sibylla, offers to commute Roger’s execution in a blood magic ritual which will bind him to her forever. With little choice, he finds himself indentured to Sibylla and propelled into an investigation. There’s a murderer loose in the city of Caligo, and the duo must navigate science and sorcery, palace intrigue and dank boneyards to catch the butcher before the killings tear their whole country apart.