Laurie Luongo will sign copies of “The Essence of Donald J. Trump” in NV next month.

Laurie Luongo worked in the Trump Hotel Collection as vice-president of human resources. In that role, she interacted with senior officials including Donald Jr., Ivanka and Eric Trump. She was part of the Trump team that opened five Trump hotels in three countries. She has vast experience as an executive in both the hospitality and healthcare industries. Laurie is a native Bostonian who has resided all over the United States. A graduate of the University of Florida, she lives in a suburb of Las Vegas, Nevada. 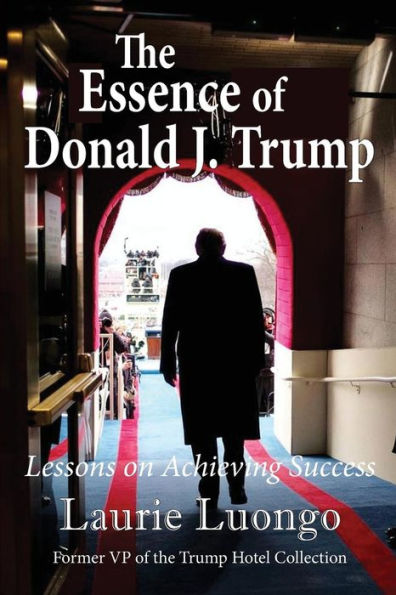 What transpired after Donald J. Trump walked down the escalator in Trump Tower to announce his candidacy for the world’s most powerful position is nothing short of staggering. Millions of people around the globe still do not believe that Trump managed to win the election.

How did Donald J. Trump become the 45th President of the United States? How did he reinvent the Republican Party and successfully challenge the Washington establishment? Trump’s no-holds-barred and politically incorrect approach resonated with millions of Americans who were sick and tired of being wooed by phony politicians and their inflated rhetoric.

Laurie Luongo had an insider’s view of the Trump Organization. She witnessed Trump’s emergence as a world leader as he stepped out of his businessman’s role and rode a populist wave all the way to the White House. Love him or loathe him, Luongo’s perspective on how Donald J. Trump won the White House is a must read.

Learn how Trump and others strategically used ten different skills and behaviors to become highly successful. Discover how you, too, can harness these ten traits to achieve your own version of success.