Rebecca Bender will sign copies of “Still” in MN next month.

Rebecca Bender, a former securities litigator in Minnesota, now works with children, first as a volunteer Cub Scout den leader and then t-ball coach, and more recently as a substitute teacher. Some things have never changed for her: enjoyment of history and hearing uplifting stories, taking pride in family and Jewish traditions, gratefulness and appreciation for life in America, where she and her son are free to practice their religion and work hard to achieve their goals.
Her co-author for portions of Still is her late father, Kenneth Bender (1916-2006), who Rebecca says would be the first to tell you that he was an ordinary guy who just worked hard and always his best. His story, reflected in this book, belies his modest characterization. During the last two years of his life, he hand-wrote page after page of his vivid memories. Rebecca typed up his notes with the agreed-upon compensation at the end of each of their working sessions: a shared chocolate milkshake. 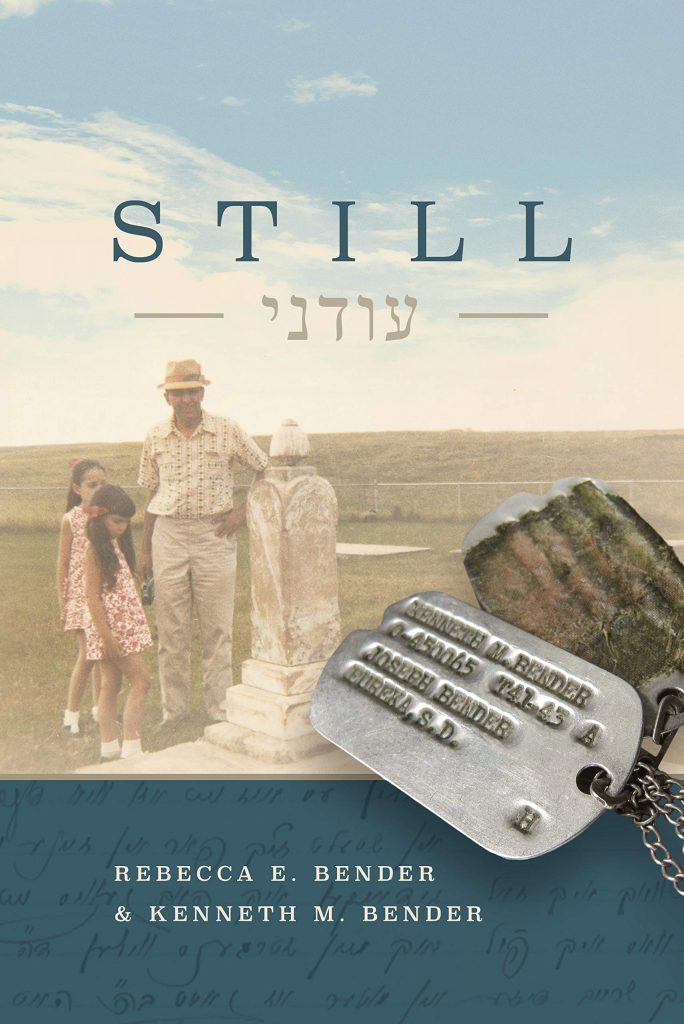 More than four hundred Russian and Romanian Jewish homesteaders settled on about eighty-five farms in McIntosh County, North Dakota, beginning in 1905. After clearing rocks and boulders, growing wheat and flax, raising cattle and chickens, and selling cream from their sod houses, most were successful enough to own their own land.

Still is a history of five generations, a family we meet first as they flee Odessa and last as they make their ways as American Jews…and as Dakota farmers, as students and storekeepers, as soldiers and lawyers, and even as a teen in an international competition who stands face-to-face with Netanyahu. Rebecca Bender and Kenneth Bender answer the question recently posed to Rebecca by a newspaper.