Deanna King is signing copies of “Twist of Fate” in TX next month.

Twist of Fate – A Jack West Novel is the official debut novel for Deanna King, and this is only the beginning of her plans for multiple books for her “Jack West” series. Jack is going to be very busy over the next few years! Deanna lives in Texas with her husband Travis, her biggest fan, and two completely spoiled little dogs. 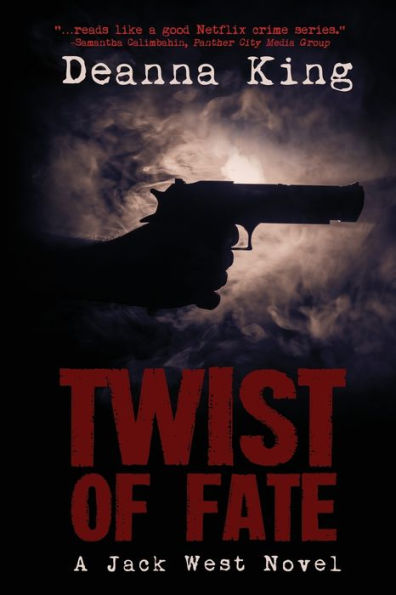 Introducing Jack West, a hard-nosed, relentless homicide detective, who sifts through some of Houston’s filthiest secrets to solve a murder involving prostitution, executions and corruption at the highest levels.

Solving the homicide of a 15-year-old girl who was fatally bludgeoned by a 17-year-old boy, Homicide Detective Jack West and his partner Dawson Luck, known around the station as ‘Lucky’ are putting fresh eyes on two ancient cold cases.

In an affluent Houston neighborhood, a call goes out reporting a murder/suicide. The new case takes precedence. Jack and Lucky wrap this case up in record time, and they are back on the cold cases. As Jack begins to dig, he hears a bizarre tale from a dying ex-prostitute that is unbelievable; digging deeper, Jack unravels truths about cops on the take, executions, prostitution, conspiracy to cover up a murder involving a high ranking official and revenge.