Rachael Ray is a multi-Emmy Award-winning syndicated television star, an iconic Food Network personality, bestselling cookbook author, founder and editorial director of her own lifestyle magazine, Rachael Ray Every Day, and founder of the Yum-o! organization and The Rachael Ray Foundation. She splits her time between New York City and the Adirondacks with her husband, John, her family, and her beloved pit bull, Isaboo. 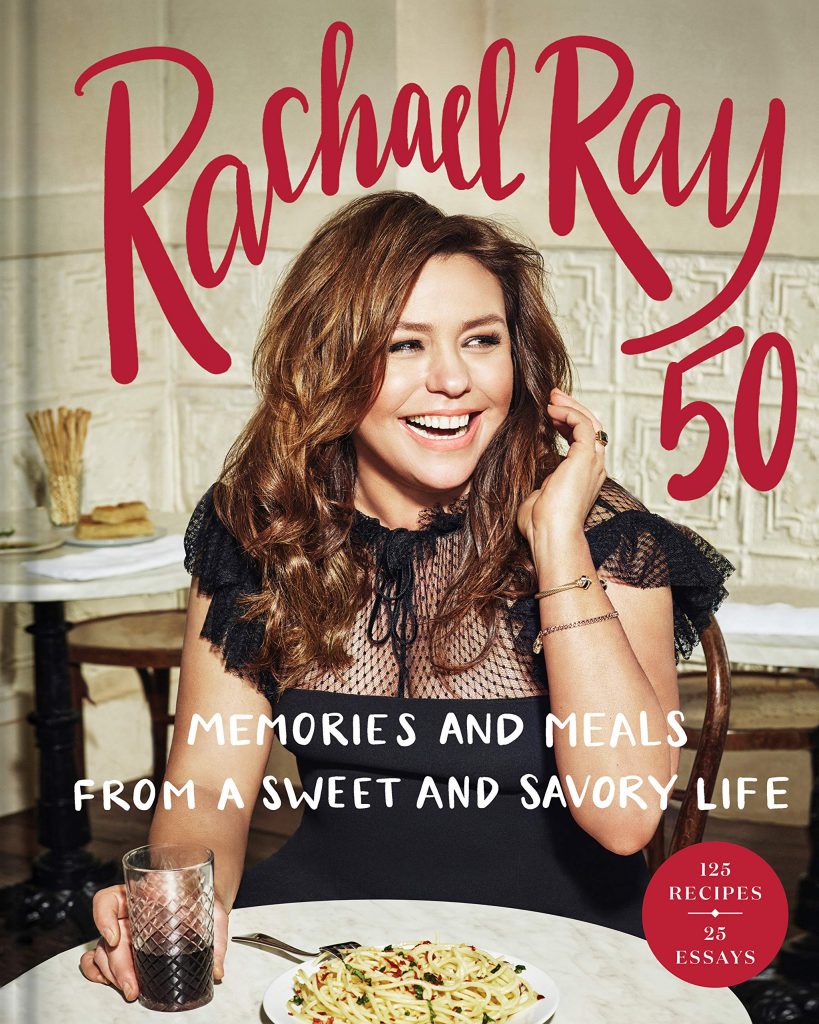 America’s favorite self-taught cook opens up about the most memorable moments of her life in this candid memoir-inspired cookbook featuring 125 all-new recipes.

“No matter the recipe, each of us changes a dish by our own preparation of it. It’s the same with stories—once you put them out there, readers get to interpret them and be affected by them as they will. Ultimately, it’s my hope that this book leaves the reader with that quiet smile we all get after we eat a favorite comfort food. Basically, I’m going for the afterglow of a big bowl of spaghetti.”—from the Introduction

As her fiftieth birthday approached, the woman who taught America how to get dinner on the table, fast, started thinking not just about what to cook that night, but how her passion for food and feeding people had developed over her first fifty years.

Filled with twenty-five thoughtful essays and 125 delicious recipes, Rachael Ray 50 reads like a memoir and a cookbook at once. Captured here are the moments and dishes Rachael finds most special, the ones she makes in her own home and that you won’t find on her television shows or in her magazine. Here are the memories that made her laugh out loud, or made her teary. The result is a collection that offers the perfect blend of kitchen and life wisdom, including thoughts on how we can all better serve the world and one another.

Also featured within these pages are gorgeous food photography, personal photos, and Rachael’s own hand-drawn illustrations, offering a revealing and intimate glimpse into her world and her every day inspiration.