Elvis Duran is signing copies of “Where Do I Begin?” in NJ next month.

Elvis Duran is one of America’s most well-known and widely admired media personalities. His nationally syndicated radio program, Elvis Duran and the Morning Show, is America’s most-listened-to Top 40 morning show and one of the 10 most-listened-to programs in all of radio, heard live by nearly 10 million people in more than 80 markets across the country. Meanwhile, Elvis’s regular appearances on NBC’s Today, Late Night with Jimmy Fallon, Entertainment Tonight, and other television shows have made him not just a beloved voice, but a familiar face for fans of pop culture. 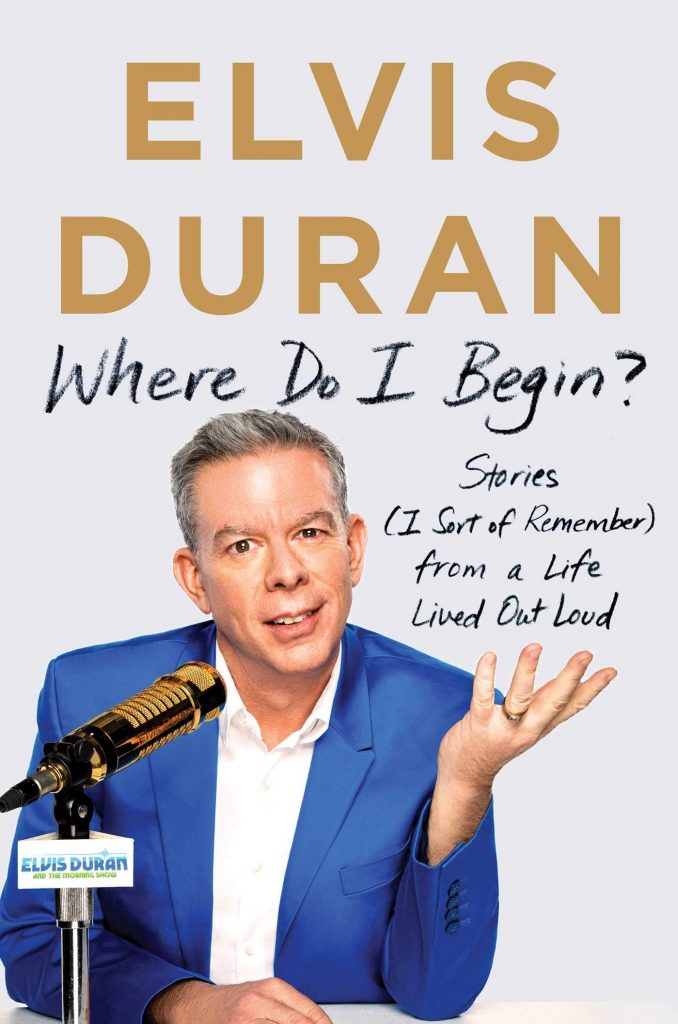 Elvis Duran, host of one of the nation’s top morning shows and the voice millions of Americans wake up to, shares his wildest stories and hardest-learned lessons all with his trademark heart, honesty, and plenty of humor.

Elvis Duran’s nationally syndicated radio program, Elvis Duran and the Morning Show, is America’s most-listened-to Top 40 morning show and one of the 10 most-listened-to programs in all of radio, heard live by nearly ten million people every morning.

But his success didn’t happen overnight. Elvis spent years navigating the wild world of radio as a DJ for hire, working (and partying) in markets around the country before taking over the morning shift at the legendary Z100 in 1996. Over the last twenty years, he has become one of New York City’s signature voices (Variety calls him “a permanent fixture of the area’s daily commutes”) thanks to his show’s exciting mix of music, new artist discovery, interviews, gossip, and live listener interaction.

Along the way, Elvis has become known not just for his incisive interviews (and occasional feuds) with pop music’s biggest stars, but for the show’s commitment to kindness and positivity and Elvis’s own candor and openness with his audience.

Bold, funny, and totally candid, Where Do I Begin? is sure to be loved by anyone who listens to Elvis live every morning—or anyone who wants to know what really goes on behind the scenes of the pop music machine. It reads like an old friend telling a new story you’ve been dying to hear.