Henry Winkler is an Emmy- award-winning actor, writer, director, and producer who has created some of the most iconic TV roles, including the Fonz in Happy Days and Gene Cousineau in Barry. They both live in Los Angeles. Lin Oliver is a children’s book writer and a writer and producer for both TV and film. She is currently the executive director of the Society of Children’s Book Writers and Illustrators (SCBWI). 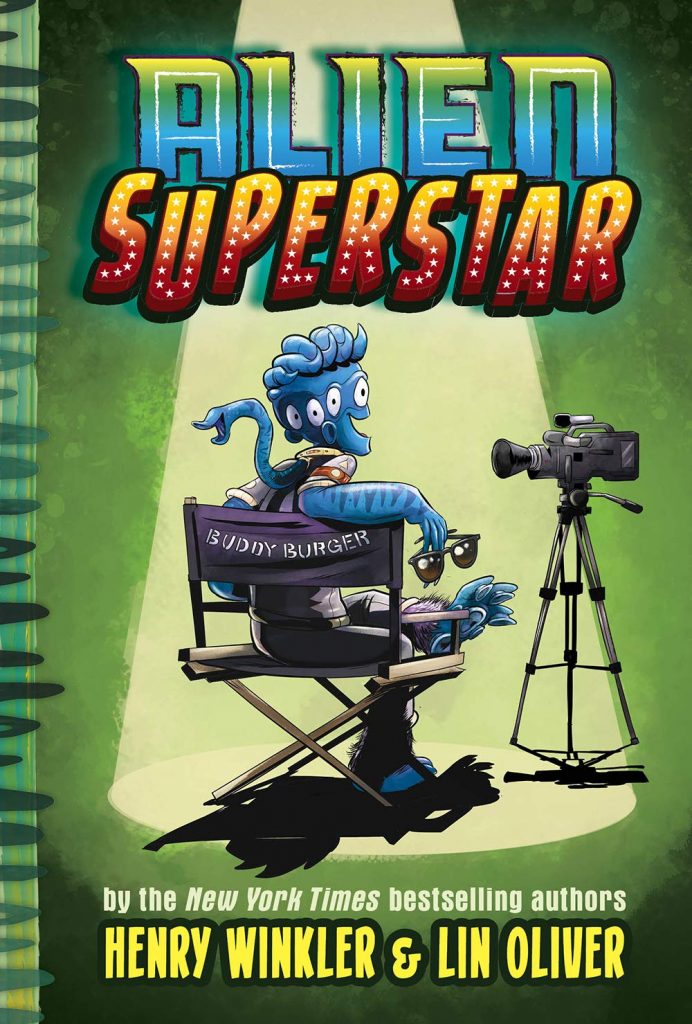 No one is shocked by the six-eyed alien strolling around the Universal back lot. The tourists just think he’s part of the show. It doesn’t take long for Buddy to land a role on a popular TV show, playing (of course) an alien. He becomes an overnight heartthrob and is suddenly faced with legions of adoring fans, rides in glamorous limos, and appearances at “all-the-shrimp-you-can-eat” red carpet parties. But can Buddy maintain his secret identity while in the spotlight?