Art Shamsky, former NY Mets player, will be signing copies of “After the Miracle” with Erik Sherman in OH next month.

Art Shamsky was a Major League baseball player for eight years, starting with the Cincinnati Reds in 1965 and then joining the New York Mets in the winter of 1967. He was an integral part of the World Championship team in 1969. Since his retirement from baseball, he has been involved in various businesses and worked as a sports broadcaster at WNEW-TV in New York City and on ESPN, and as a broadcaster for the NY Mets. He is also the author of The Magnificent Seasons: How the Jets, Mets, and Knicks Made Sports History and Uplifted a City and the Country.

Erik Sherman is the author of the critically acclaimed Kings of Queens: Life Beyond Baseball With The ’86 Mets, and is also the coauthor of four highly acclaimed baseball autobiographies with Glenn Burke, Steve Blass, Mookie Wilson, and Davey Johnson. Erik is an annual lecturer at the National Baseball Hall of Fame in Cooperstown, New York. 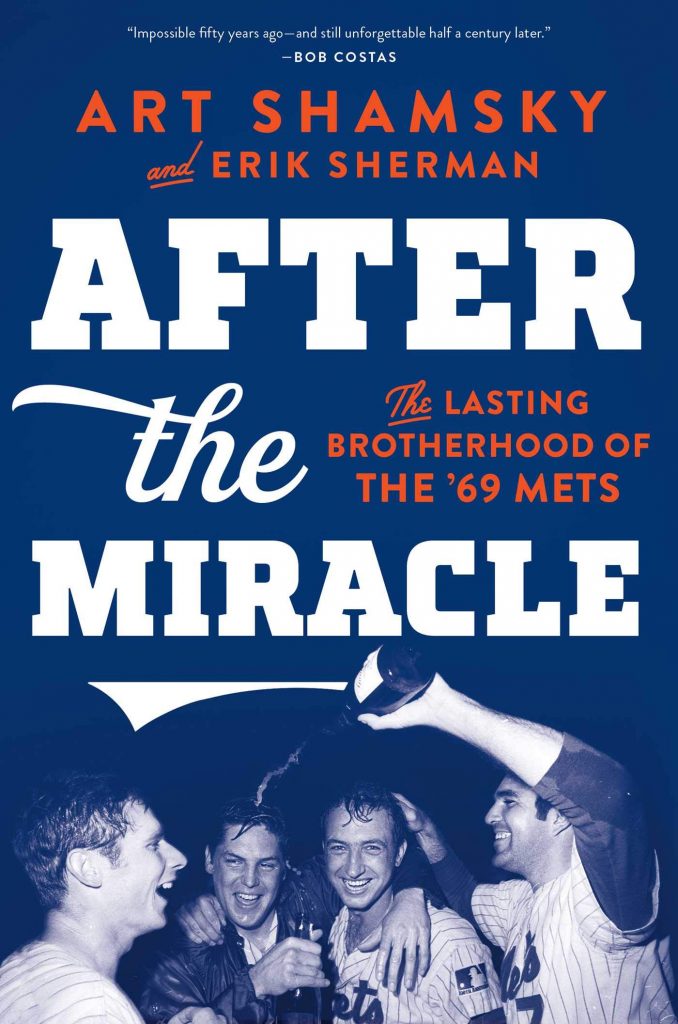 The inside account of an iconic team in baseball history: the 1969 New York Mets—a consistently last-place team that turned it all around in just one season—told by ’69 Mets outfielder Art Shamsky, Hall of Fame pitcher Tom Seaver, and other teammates as they reminisce about what happened then and where they are today.

The New York Mets franchise began in 1962 and the team finished in last place nearly every year. When the 1969 season began, fans weren’t expecting much from “the Lovable Losers.” But as the season progressed, the Mets inched closer to first place and then eventually clinched the National League pennant. They were underdogs against the formidable Baltimore Orioles, but beat them in five games to become world champions. No one had predicted it. In fact, fans could hardly believe it happened. Suddenly they were “the Miracle Mets.”

Playing right field for the ’69 Mets was Art Shamsky, who had stayed in touch with his former teammates over the years. He hoped to get together with star pitcher Tom Seaver (who would win the Cy Young award as the best pitcher in the league in 1969 and go on to become the first Met elected to the Hall of Fame) but Seaver was ailing and could not travel. So, Shamsky organized a visit to Tom Terrific in California, accompanied by the #2 pitcher, Jerry Koosman, outfielder Ron Swoboda, and shortstop Bud Harrelson. Together they recalled the highlights of that amazing season as they reminisced about what changed the Mets’ fortunes in 1969.

With the help of sportswriter Erik Sherman, Shamsky has written After the Miracle for the 1969 Mets. This is a book that every Mets fan—and every baseball fan—must own.