Ron Darling, former NY Mets star, will be signing copies of “108 Stitches” at various locations across the country during April.

Ron Darling is the New York Times bestselling author of Game 7, 1986 and The Complete Game as well as an Emmy Award-winning baseball analyst. He was a starting pitcher for the New York Mets from 1983 to 1991 and the first Mets pitcher to be awarded a Gold Glove. 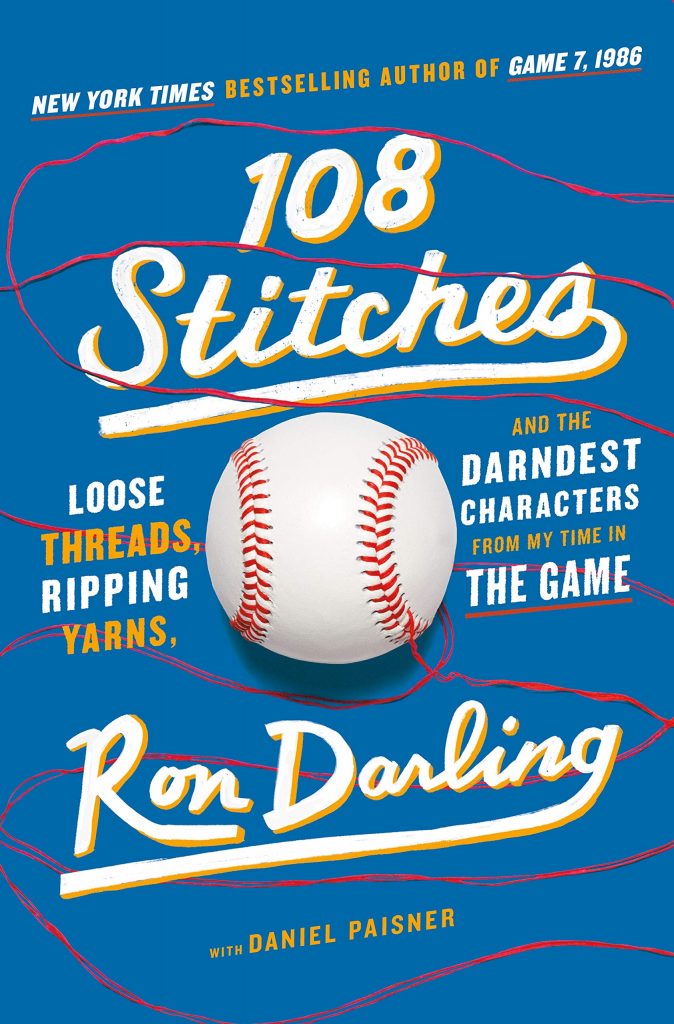 This is New York Times bestselling author and Emmy-nominated broadcaster Ron Darling’s 108 baseball anecdotes that connect America’s game to the men who played it.

In 108 Stitches, Ron Darling offers his own take on the “six degrees of separation” game and knits together a collection of wild, wise, and wistful stories reflecting the full arc of a life in and around our national pastime.

Like the 108 stitches on a baseball, Darling’s experiences are interwoven with every athlete who has ever played, every coach or manager who ever sat in a dugout, and with every fan who ever played hooky from work or school to sit in the bleachers for a day game.

Darling’s anecdotes come together to tell the story of his time in the game, and the story of the game itself.