Jeff Kinney, author of “Diary of a Wimpy Kid Series” will be signing copies of “Diary of an Awesome Friendly Kid” in NJ next month.

Signed copy of Diary of an Awesome Friendly Kid – If you are not able to obtain a signed copy from the following events, we will be making 5 available for purchase. Please sign up to be notified below:

Jeff Kinney is a #1 New York Times bestselling author and four-time Nickelodeon Kids’ Choice Award winner for Favorite Book. Jeff has been named one of Time magazine’s 100 Most Influential People in the World. He is also the creator of Poptropica, which was named one of Time’s 50 Best Websites. He spent his childhood in the Washington, D.C., area and moved to New England in 1995. Jeff lives with his wife and two sons in Plainville, Massachusetts, where he owns a bookstore, An Unlikely Story. 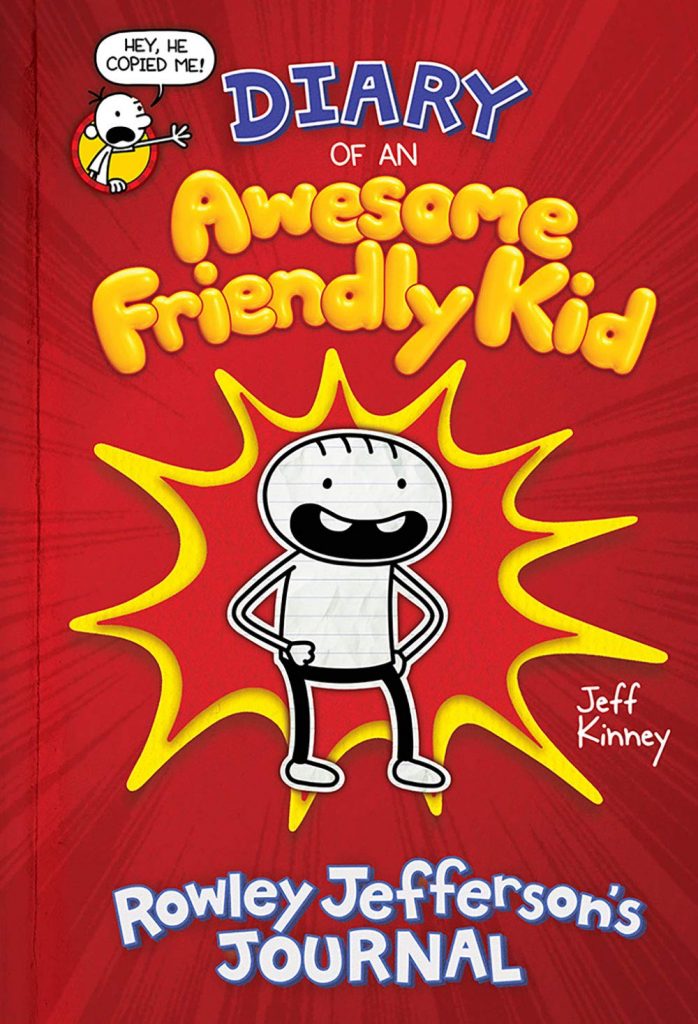 Get ready for a whole new look into Jeff Kinney’s Diary of a Wimpy Kid! Introducing the newest Wimpy Kid author—Rowley Jefferson! Rowley’s best friend Greg Heffley has been chronicling his middle-school years in thirteen Diary of a Wimpy Kid journals . . . and counting. But it’s finally time for readers to hear directly from Rowley in a journal of his own. In Diary of an Awesome Friendly Kid, Rowley writes about his experiences and agrees to play the role of biographer for Greg along the way. (After all, one day Greg will be rich and famous, and everyone will want to know his life’s story.) But Rowley is a poor choice for the job, and his “biography” of Greg is a hilarious mess. Diary of an Awesome Friendly Kid: Rowley Jefferson’s Journal offers readers a new way to look at the Wimpy world—one fans won’t want to miss!