John Barbour, who is otherwise referred to as “the godfather of reality TV”, will sign copies of “Your Mother’s Not a Virgin!” in NV next month.

John Barbour changed the face of American television as the creator, producer, principal writer, and co-host of Real People, television’s first reality show. He is a five-time Emmy award winner, a storied actor and performer, a joke and script writer, and entertainment professional across genres. 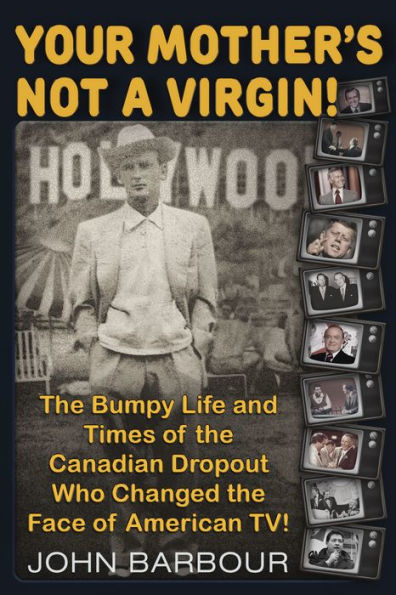 A high school dropout at 15, and deported from Canada at 17, John Barbour is recognized as “the godfather of reality TV” for his role as the creator, producer, co-host, and writer of the trendsetting hit Real People. He won the first of his five Emmys as the original host of AM LA in 1970, where he interviewed controversial anti-war guests like Mohammed Ali, Cesar Chavez, and Jane Fonda. He was the first in America to do film reviews on the news, winning three more consecutive Emmys as KNBC’s Critic-At-Large. He spent ten years as Los Angeles Magazine’s most widely read and quoted critic and early in his career, he made stand-up comedy appearances on The Dean Martin Show, The Tonight Show, and others. In 1992 he wrote and directed the award-winning The Garrison Tapes, which Director Oliver Stone heralded as “the perfect companion piece to my movie, JFK.” In 2017 he wrote and directed part two: The American Media and the Second Assassination of President John F. Kennedy, which was applauded as “the definitive film on JFK and the rise of Fake News.” In this highly entertaining, deeply informative autobiography, readers will discover what a multifaceted storyteller Barbour is.