John Cena, wrestling & movie star, will be signing copies of “Elbow Grease” in NY next month.

JOHN CENA is a beloved entertainer and dedicated philanthropist. His films include Ferdinand (2017) and the upcoming Transformers spin-off Bumblebee in 2018. Inspired by Richard Scarry–one of his favorite children’s book creators–John has brought kids Elbow Grease, a story for young readers inspired by his own experiences growing up with four brothers, and one that shares his inspiring personal credo: hustle, loyalty, and respect. 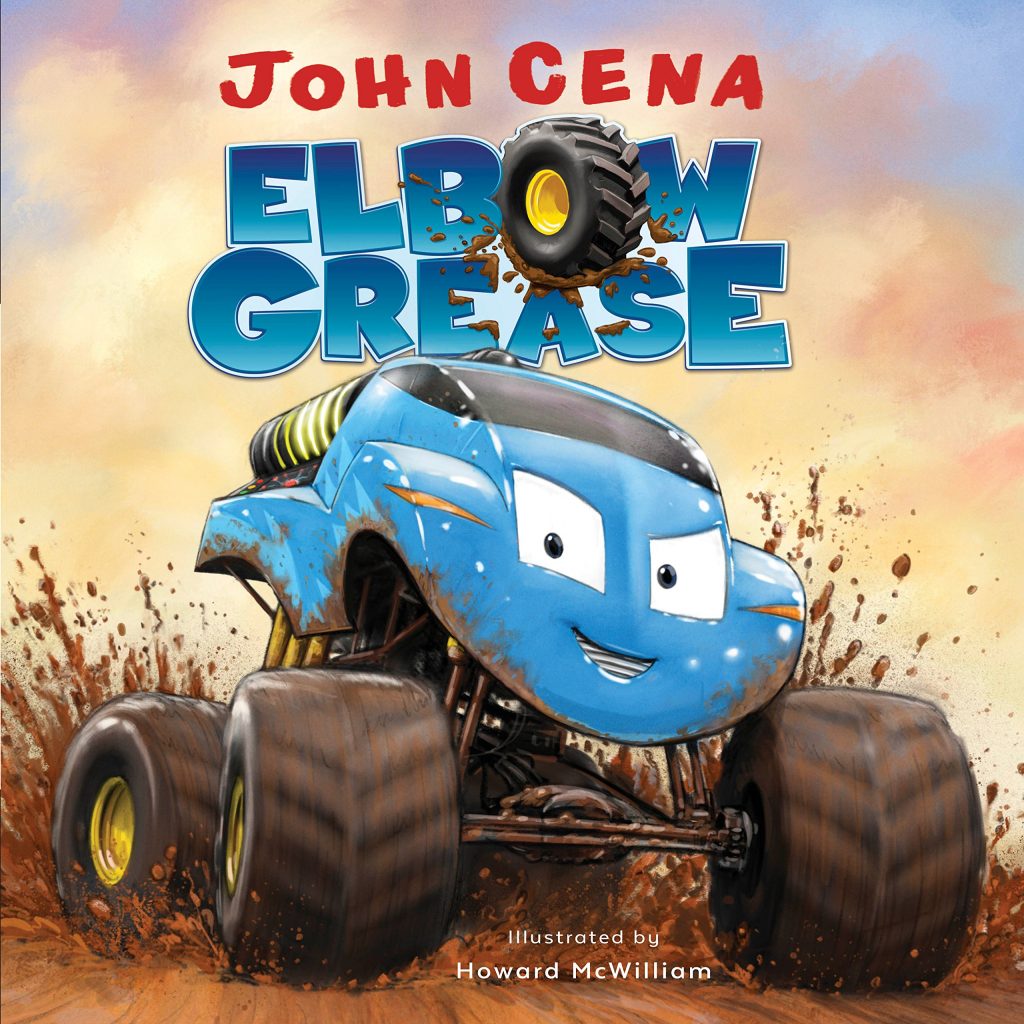 From superstar entertainer John Cena comes a new picture-book series all about perseverance and believing in yourself, featuring a little monster truck named Elbow Grease!

Meet Elbow Grease, a little monster truck with a big problem! He’s smaller than his four brothers, but wants to prove that he has the guts and the grit to do big things. He decides that entering the Demolition Derby is the perfect way to show everyone that what he lacks in horsepower he makes up for in gumption. From multi-talented mega celebrity John Cena comes this exciting story about the importance of believing in yourself and never giving up. Full of high-octane illustrations and a new character kids will cheer for, this fun and fast-paced book proves that a little Elbow Grease . . . can go a long way!