Dale Berra, former major leaguer, will be signing copies of “My Dad” in NJ during May.

Dale Berra, the son of Yogi Berra, is a former Major League Baseball infielder who played from 1977 to 1987 for the Pittsburgh Pirates, the New York Yankees, and the Houston Astros. He is one of the principles of LTD Enterprises, which maintains the brand and legacy of his Hall of Fame dad. Dale lives in New Jersey with his wife and their two daughters. 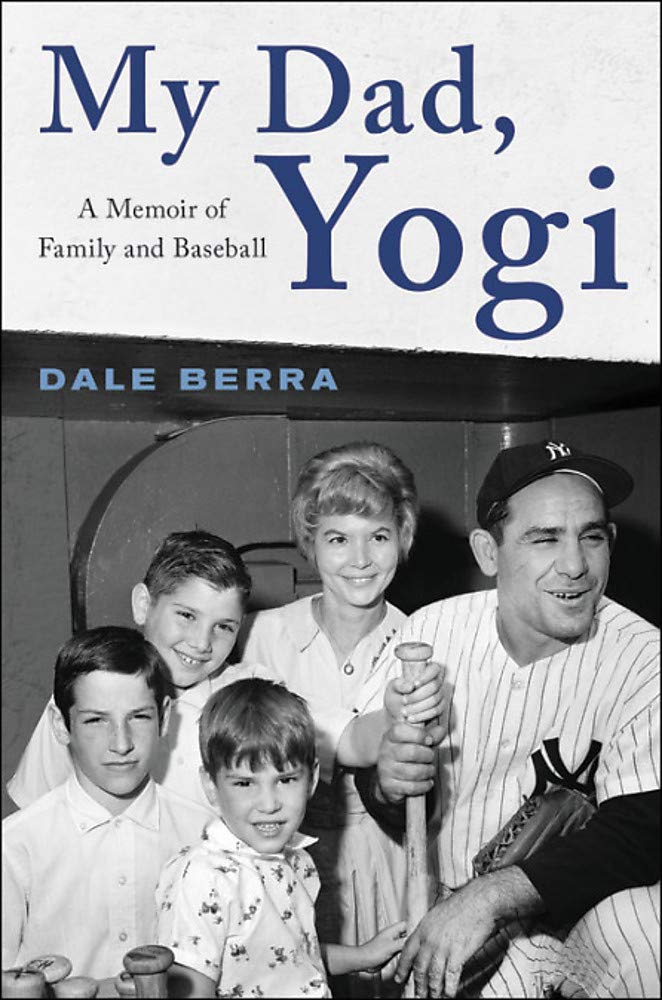 A candid and nostalgic father-son memoir by Dale Berra, providing a unique perspective on his legendary Hall of Fame dad, the inimitable and highly quotable Yogi Berra.

Everyone knows Yogi Berra, the American icon. He was the backbone of the New York Yankees through ten World Series Championships, managed the National League Champion New York Mets in 1973, and had an ingenious way with words that remains an indelible part of our lexicon. But no one knew him like his family did. My Dad, Yogi is Dale Berra’s chronicle of his unshakeable bond with his father, as well as an intimate portrait of one of the great sports figures of the 20th Century.

When Yogi wasn’t playing or coaching, or otherwise in the public eye, he was home in the New Jersey suburbs, spending time with his beloved wife, Carmen, and his three boys, Larry, Tim, and Dale. Dale presents–as only a son could–his family’s history, his parents’ enduring relationship, and his dad’s storied career. Throughout Dale’s youth, he had a firsthand look at the Major Leagues, often by his dad’s side during Yogi’s years as a coach and manager. The Berra’s lifelong family friends included Joe DiMaggio, Mickey Mantle, and Whitey Ford. It’s no coincidence that all three Berra sons were inspired to play sports constantly, and that all three became professional athletes, following in their dad’s footsteps.

Dale came up with the Pittsburgh Pirates, contributing to their 1979 championship season and emerging as one of baseball’s most talented young players. After three strong seasons, Dale was traded to New York, briefly united with his dad in the Yankee dugout. But there was also an extraordinary challenge developing. Dale was implicated in a major cocaine scandal involving some of the biggest names in the sport, and his promising career was ultimately cut short by his drug problem. Yogi supported his son all along, eventually staging the intervention that would save Dale’s life, and draw the entire family even closer. My Dad, Yogi is Dale’s tribute to his dad–a treat for baseball fans, and a poignant story for fathers and sons everywhere.