Alexa Bliss, WWE superstar, will sign copies of “The WWE Cookbook” in NJ next month.

In May 2013, she signed a contract with WWE and was assigned to WWE Performance Center and developmental brand NXT in Orlando, Florida. Bliss made her main roster debut on the SmackDown brand, eventually becoming SmackDown Women’s Champion as well as the first competitor to hold the title twice. She was transferred to the Raw brand in April 2017 and won the Raw Women’s Championship later that month, becoming the first woman to have won both the Raw and SmackDown Women’s titles in WWE. In February 2018, she won the first-ever women’s Elimination Chamber match. She won the 2018 Money in the Bank ladder match and cashed in the contract later that night to win her third Raw Women’s Championship, becoming a five-time overall champion. 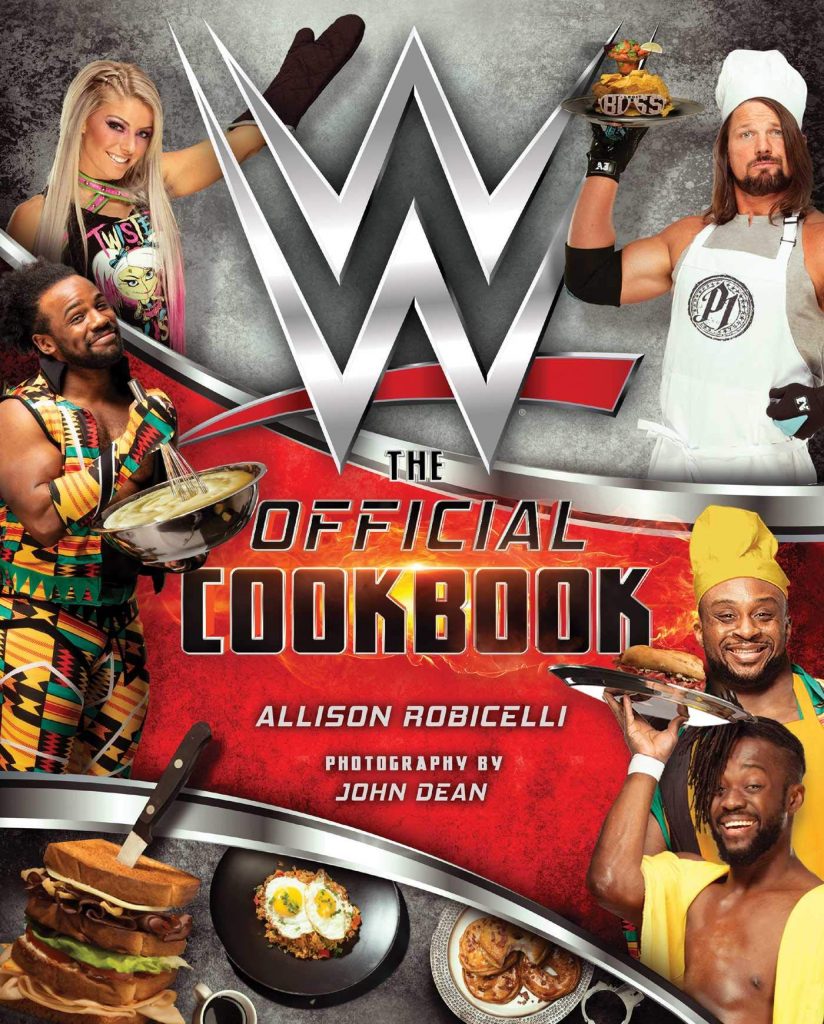 Take your talents from the ring to the kitchen with WWE: The Official Cookbook, a collection of recipes and dishes inspired by your favorite WWE Superstars.

Can you smell what the WWE is cooking? WWE: The Official Cookbook gives fans a guide to creating a variety of fun dishes and drinks inspired by the WWE Universe of both the past and present. Indulge yourself with killer recipes like The Rock’s Jabroni Marcaroni Salad, John Cena’s Fruity Pebble Treats, and Macho Man’s Savage Nachos.

Featuring over 75 recipes and striking, full-color photographs, WWE: The Official Cookbook will feature separate categories for food and drink, from appetizers to desserts, creating the ultimate recipe collection for fans of the WWE.