Gianni Russo, star of “The Godfather”, will be signing copies of “Hollywood Godfather” in various locations across the country.

GIANNI RUSSO has appeared in more than thirty movies, been involved in the production of several others, and appeared in numerous TV shows. His most well-known roles include parts in The Godfather: Parts I and II; Goodnight, My Love; Lepke; Laserblast; Chances Are; The Freshman; Side Out; Another You; Super Mario Bros.; Any Given Sunday; The Family Man; Seabiscuit; and Rush Hour 2. His life-long association with organized crime has made him a witness to Mob history. He is also a singer, whose shows are sold out across the country. 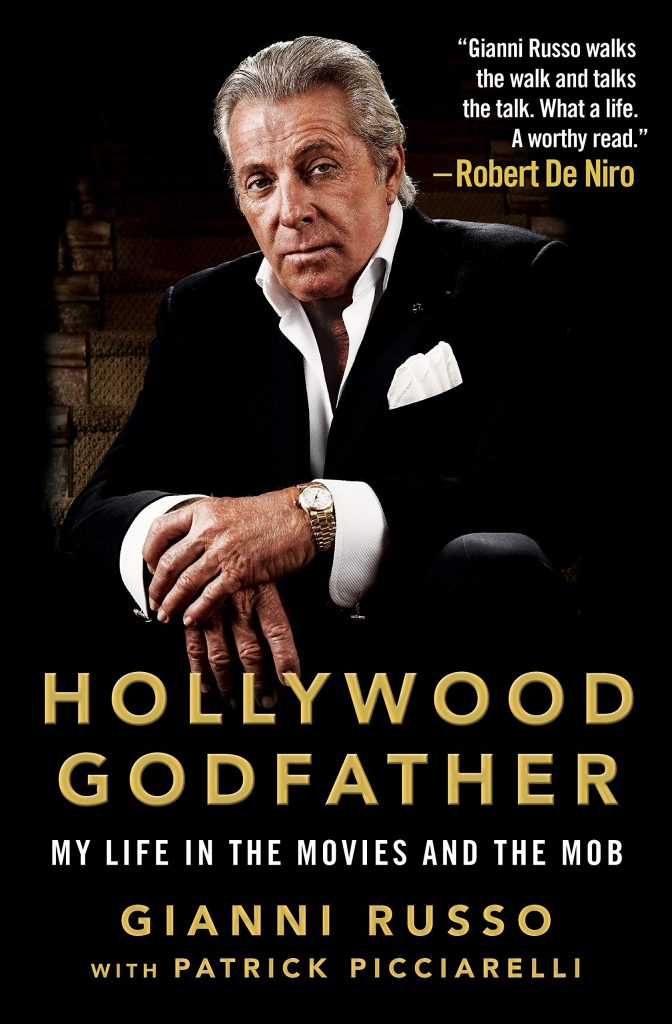 Hollywood Godfather is Gianni Russo’s over-the-top memoir of a real-life mobster-turned-actor who helped make The Godfather a reality, and his story of life on the edge between danger and glamour.

Gianni Russo was a handsome 25-year-old mobster with no acting experience when he walked onto the set of The Godfather and entered Hollywood history. He played Carlo Rizzi, the husband of Connie Corleone, who set her brother Sonny?played by James Caan?up for a hit. Russo didn’t have to act?he knew the mob inside and out: from his childhood in Little Italy, where Mafia legend Frank Costello took him under his wing, to acting as a messenger for New Orleans mob boss Carlos Marcello during the Kennedy assassination, to having to go on the lam after shooting and killing a member of the Colombian drug cartel in his Vegas club.

Along the way, Russo befriended Frank Sinatra, who became his son’s godfather, and Marlon Brando, who mentored his career as an actor after trying to get Francis Ford Coppola to fire him from The Godfather. Russo had passionate affairs with Marilyn Monroe, Liza Minelli, and scores of other celebrities. He went on to become a producer and starred in The Godfather: Parts I and II, Seabiscuit, Any Given Sunday and Rush Hour 2, among many other films.

Hollywood Godfather is a no-holds-barred account of a life filled with violence, glamour, sex?and fun.