Geddy Lee, frontman for Rush, will be signing copies of “Geddy Lee’s Big Beautiful Book of Bass” in NJ next month.

Geddy Lee is the vocalist, bassist, and keyboard player for the Hall of Fame rock group Rush, with drummer Neil Peart and guitarist Alex Lifeson. The most successful Canadian music group in history, Rush is only third behind The Beatles and The Rolling Stones for the most consecutive gold or platinum albums sold by a rock band, and has performed before millions of fans around the world. Ranked by Rolling Stone as among the top bassists of all-time, Rush’s energetic frontman has long been acclaimed for his wizard-like musical talent and mesmerizing performances. Geddy lives in Toronto, Canada. 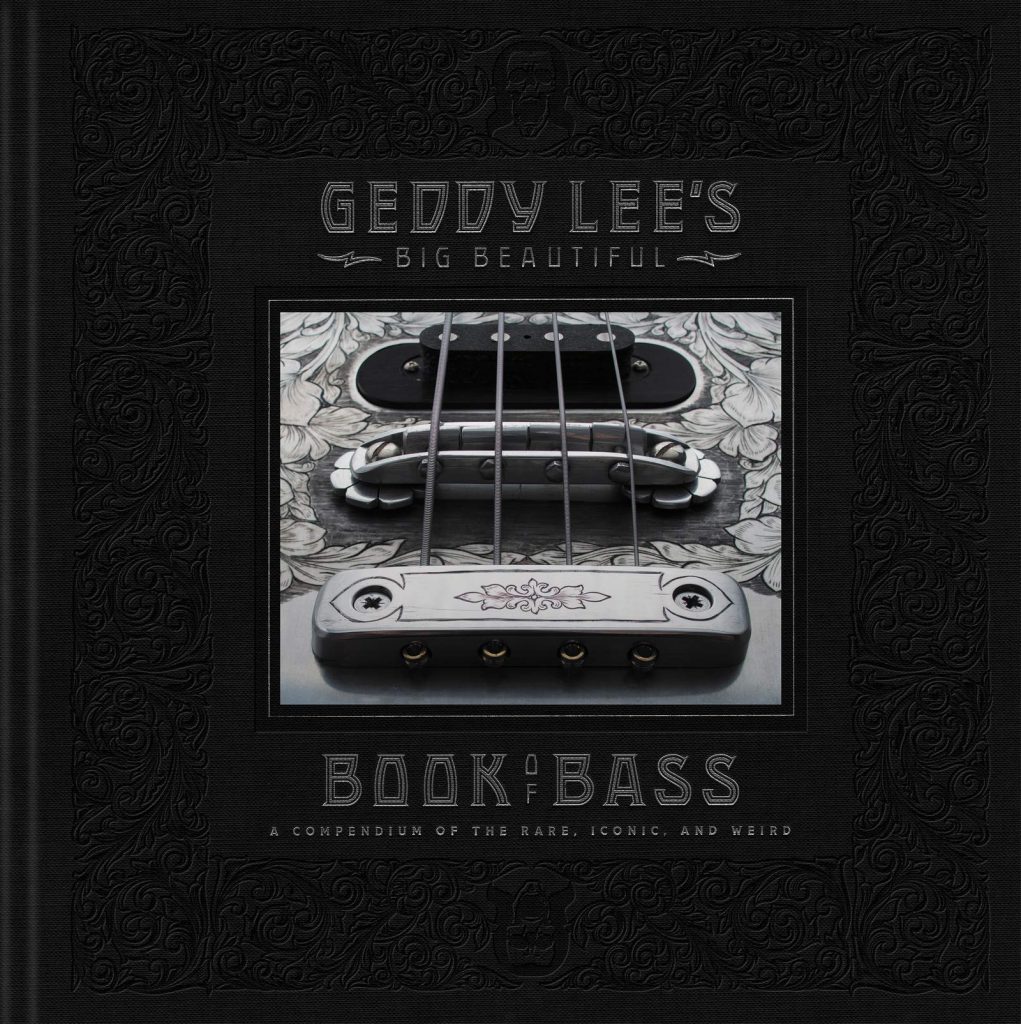 “Its not surprising that sooner or later Id dive down the proverbial rabbit hole into the world of vintage bass guitars.”—Geddy Lee

From Rush frontman Geddy Lee’s personal collection of vintage electric bass guitars, dating from the 1950s to the 1980s, comes the definitive volume on the subject.

Geddys love of the bass has been nurtured over a lifetime spent in the limelight as one of the worlds premier rock bassists. For the past seven years, hes dedicated himself to studying the history of the instrument thats been so essential to his career, collecting hundreds of basses from around the globe, 250 of which are presented here in breathtaking detail with specially commissioned photography by Richard Sibbald.

Representing every tone in the bass palette, every nuance of the rock and roll genre as well as blues, jazz, pop, and country, this one-of-a-kind collection features so-called “beauty queens”—pristine instruments never lifted from their cases—as well as “road warriors”—well-worn, sweat-soaked basses that proudly show their age and use. Complete with personal commentary from Geddy that showcases his knowledge both as a musician and an aficionado, this luxuriously produced volume is a revelatory look at the heavy hitters in the world of bass—Fender, Gibson/Epiphone, Rickenbacker, Höfner, Ampeg—and lesser known but influential global luthiers such as Antonio Wandr Pioli, Dan Armstrong, and Tony Zemaitis.

Written in Geddy’s singular voice, this book reveals the stories, songs, and history behind the instruments of his inimitable collection. Complete with an index and a graphically designed timeline of the history of the bass, as well as an up-close look at Geddys basses on Rush’s final R40 Tour, his stage and recording gear from 1968 to 2017, and forewords by author and respected vintage expert, Terry Foster, and Rush band member, Alex Lifeson, Geddy Lee’s Big Book of Beautiful Bass is the ultimate compendium for the consummate collector, musician, Rush fan, and anyone who loves the bass guitar.