Kimberly Stuart will be signing copies of “Sugar: A Novel” and “Heart Land: A Novel” at IA next month.

Kimberly Stuart has always treasured a good story and a good laugh. Her trademark sense of humor and love of storytelling shine through her novels such as Operation Bonnet and Stretch Marks. When she’s not engrossed in the charming chaos of motherhood, Stuart writes stories that are intended to make readers laugh often and cry once—maybe twice. When not concocting gripping author biographies, Kimberly resides in Des Moines, Iowa, with her fantastic husband and their three wily children. 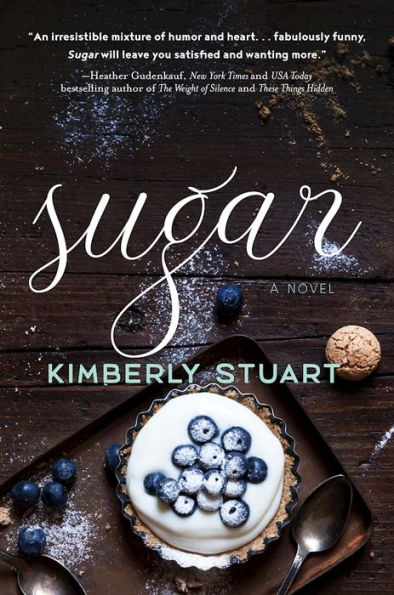 After realizing her coworkers at L’Ombre, a high-profile restaurant in NYC, will never appreciate or respect her, Charlie Garrett allows her ex-boyfriend, Avery Michaels, to convince her to work for him as executive pastry chef at his new Seattle hotspot, Thrill. She’ll have her own kitchen, her own staff—everything she ever wanted professionally.

When she arrives at Thrill, however, she realizes that Avery wanted more than a pastry chef for his restaurant—he wanted a costar for the reality show they’re filming about the restaurant and its staff. Charlie is uncomfortable with the idea at first, but she soon realizes that this is her chance to show the world what women in the kitchen are capable of. She sets some ground rules with the film crew, signs a non-disclosure agreement, and promptly meets the man of her dreams, Kai, off-camera.

The show, and her demanding work schedule as head of the pastry kitchen, makes it nearly impossible for Charlie and Kai to spend time together. Drama on and off the set soon take a toll on Charlie’s well-being, forcing her to choose if life in front of the camera is worth sacrificing life behind the scenes.

Sugar is a contemporary romance, set in the high-pressure commercial kitchens of New York and Seattle. A funny and clever story of how a female chef learns to thrive in the ruthless world of premier restaurants. 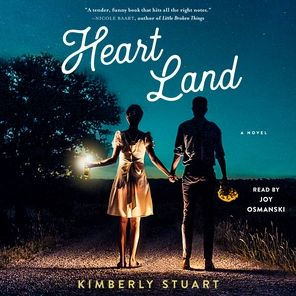 A story of reconnection, lost love, and the power of faith, Heart Land follows a struggling fashion designer back to her small Iowa hometown as she tries to follow her dreams of success and finding true love.

Grace Klaren has finally made her dream of living in the Big Apple and working in the fashion industry a reality. But when she’s unexpectedly fired and can’t afford the next month’s rent, Grace does something she never thought she’d do: she moves back home.

Back in Silver Creek, Iowa, Grace is determined to hate it. She rails against the quiet of her small town, where everything closes early, where there’s no nightlife, where everyone knows each other. She’s saving her pennies and plotting her return to New York when she almost runs over a man who’s not paying attention at a crosswalk. It turns out to be Tucker, her high school sweetheart whose heart she broke when she left ten years ago. They reconnect, and Grace remembers why she fell for him in the first place.

And her career begins to turn around when she finds a gorgeous but tattered vintage dress at a flea market. She buys it, rips it apart seam by seam, and re-creates it with new fabric, updating the look with some of her own design ideas. She snaps a picture and lists the dress online, and within a day, it sells for nearly $200. Suddenly, Grace has her ticket out of here.

But Grace can’t fight her growing feelings for Tucker. Sometimes when they’re together, Tucker paints a picture of what their future could be like, and it feels so real. And when she finally gains the funding to move her new business back to New York, Grace must decide where home really is-will she chase her long-held New York dream, or find a new dream here in the heartland?