Anthea Piscarik will be signing copies of “Unearthing Christmas” at DE this month.

Anthea T. Piscarik is currently a fundraiser for a non-profit organization in Delaware. She established a professional writing career as a playwright and news reporter for a Catholic Christian weekly publication. A graduate of the University of Delaware, she continued her theatre studies at the American Academy of Dramatic Arts in New York, and film studies in the inaugural Act One: Writing for Hollywood program. She is an identical twin, studies ballet, teaches religious education, and records news stories for the blind. As a producer, Anthea is working on a documentary about a blind couple raising their own sighted twins. Unearthing Christmas, her first novel, began with a dream. 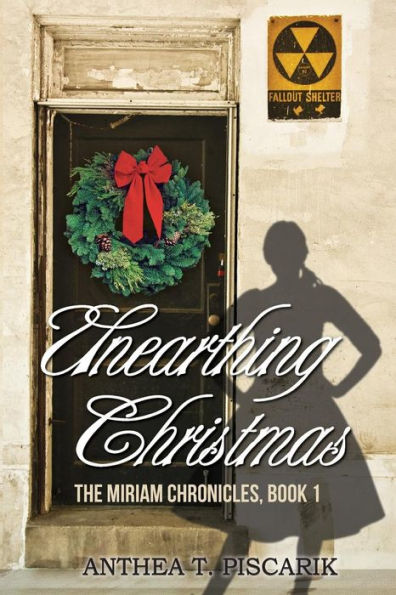 “Unearthing Christmas” offers a glimpse into a world before technology became the driving force in everyday existence. Fourteen-year-old Peggy, in 2015, cannot imagine a life without IPads, IPhones, Twitter, Instagram, and Facebook. Lori, a teenager with a personal mission, has no knowledge beyond 1955. She reenters the world through time and space to stop Peggy from stealing treasured possessions. Their meeting ground is a bomb shelter, decorated for Christmas, and completely preserved in a span of 60 years!

Beyond an exploration of time periods, “Unearthing Christmas” allows readers to examine and reflect upon their choices, at any age! Peggy, a modern-day malcontent, knows she must change her negative course, but doesn’t know how, and can’t figure out where to start. She and her cohorts, Larry and Fran, discover the abandoned bomb shelter in search of a hiding place for pilfered property. Peggy’s reality is permanently altered when she returns to the underground shelter, alone. At first she considers Lori an amnesiac and soon learns she is a supernatural acquaintance, unseen by anyone else. An uneasy alliance takes place with Lori’s knack for appearing and disappearing without notice. Peggy even questions her sanity thinking she’s conjured up a specter. Making matters worse, the effervescent Lori, initially an annoyance, ceases her spontaneous appearances leaving Peggy feeling alone and resentful. The mystery takes another fold when Peggy discovers that Lori really does exist, in the past and present! Together, Lori and Peggy enter a fate-filled journey leading to self-awareness, understanding, and ultimately, forgiveness.