Randy Hallman, Bobby Ukrop, and Phil Stanton will be signing copies of their book “The Diamond: Miracle on the Boulevard” in VA this month.

Randy Hallman, fourth-generation newspaperman, was a reporter and editor for the Richmond Times-Dispatch, and prior to that The Richmond News Leader, before his retirement in 2016. His four-decades-plus tenure at the two daily papers included 15 years as a sportswriter. He is a lifelong Cincinnati Reds fan. His own baseball career includes a Little League game in which he had three straight hits, including a triple. Then, with the potential tying run at second, he took a third strike for the final out of the game. 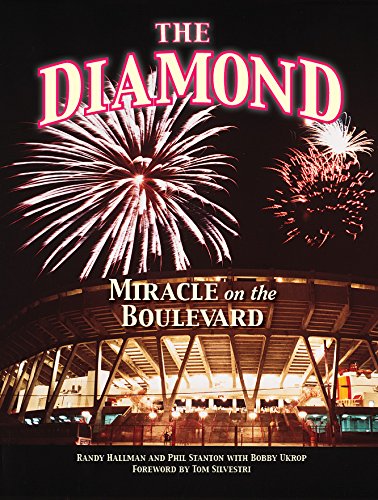 In historic fashion, local governments, local businesses, and thousands of citizens from Chesterfield, Henrico, and Richmond, Virginia, started coming together in 1984 to build quickly what was recognized as one of the finest baseball parks in America. Born out of crisis, the community-wide effort to build the region’s sparkling jewel, The Diamond, showed what could happen with regional cooperation, a public-private partnership, and grassroots support of the citizenry. The “miracle” was conceived in the late spring of 1983, agreed upon in the spring of 1984, designed during the summer, and constructed from the end of one season to the next — in less than eight months! The Diamond opened on April 17, 1985. It was a miracle! How did it happen, and what can we learn about vision and teamwork from this miracle on the Boulevard? Celebrate with the authors how The Diamond has made a lasting impact on our quality of life, bringing us together to share the game of baseball and to create life-long memories. Please enjoy and take justifiable pride in our miracle on the Boulevard.