Joyce Bulifant will be signing copies of “My Four Hollywood Husbands” in CA this month.

Most beloved for her roles in The Mary Tyler Moore Show, Bonanza, Love Thy Neighbor, and Match Game, Joyce Bulifant has been in dozens of films and television shows. Outside of her on-stage career, Joyce has devoted much of her life to campaigning for children’s rights as Executive Vice President of The Dyslexia Foundation and founder of the Hans Christian Anderson Award which recognizes dyslexics who made a positive contribution to society, including recipient Oscar winner Whoopi Goldberg. Joyce’s real life was no less dramatic than her role as an actress, and her upcoming memoir, My Four Hollywood Husbands is a love story interwoven with the golden age of televison and her marriages to four different Hollywood husbands, including Hawaii Five-O’s James MacArthur and William Asher (Emmy-winning director of I Love Lucy and Bewitched)— all of them notorious alcoholics. The book details Joyce’s struggle with co-dependency and the affect of alcoholism on her and her children against the background of her glamorous life in theater and television. Ultimately, it is a story of triumph, of renewed courage and finding happiness, told in Bulifant’s signature humorous and self-deprecating way. 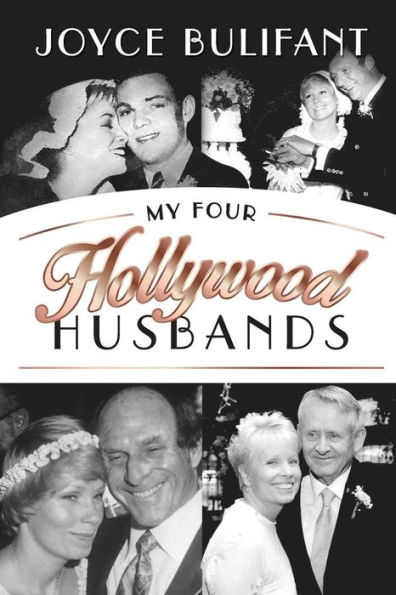 Joyce Bulifant has lived the “Hollywood life” for nearly seven decades, and through it, experienced what few outside the entertainment world can imagine. While following the path of her own successful career, Ms. Bulifant managed to navigate the choppy waters of husbands’ alcoholism, codependency and an extended family of four marriages. James MacArthur played Danno on Hawaii Five-0. Edward Mallory was Dr. Bill Horton on “Days of Our Lives.” William Asher was the famous director-writer-producer of “I Love Lucy,” “Bewitched” and the Beach Party movies. Roger Perry starred in “Star Trek” and over 300 TV shows and films. He has also composed music for Barbra Streisand and Bing Crosby. Along the way Bulifant managed to command the spotlight for her own accomplishments. As Gavin MacLeod’s wife Marie on “The Mary Tyler More Show,” a concerned mother in the movie “Airplane,” dancing with Fred Astaire, and her reoccurring role on “The Match Game.” My Four Hollywood Husbands is a rare peek into what happens off the screen. It’s a story of love, a lasting love that is woven through the fabric of the world of entertainment. It’s also a story about perseverance and overcoming obstacles–and that happy endings are indeed possible.