Brandon Mull, NYT bestselling author of Fablehaven and Dragonwatch, will discuss and sign his newest book, “Wrath of the Dragon King” at ID this month.

Brandon Mull has worked as a comedian, a filing clerk, a patio installer, a movie promoter, a copywriter, and briefly as a chicken stacker. For a couple of years, he lived in the Atacama Desert of Northern Chile, where he learned Spanish and juggling. He currently lives in Utah in a happy little valley near the mouth of a canyon with his four children and dog named Buffy. Brandon is the #1 New York Times best-selling author of the Fablehaven, Beyonders, and Five Kingdoms series. Visit Brandon at BrandonMull.com. 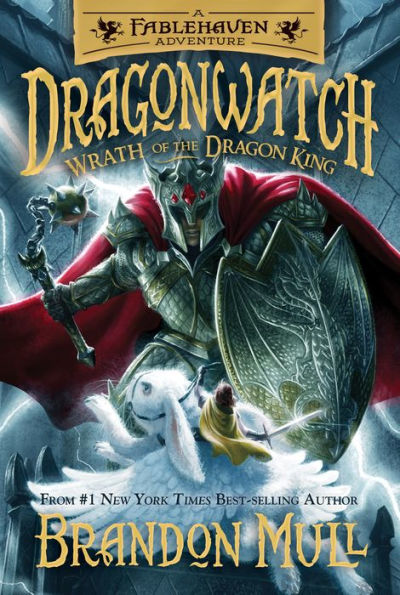 Dragons have declared war on humanity

After a humiliating defeat at the hands of Kendra and Seth, Celebrant, King of Dragons, prepares to unleash his fury and take control of his native preserve. Two of the seven dragon sanctuaries have already fallen. Will Wyrmroost be next?

Armed with secret information from a new ally, Celebrant seeks a talisman that will guarantee victory in the war against the humans. With a cursed castle and traitorous creatures standing in the way, Kendra and Seth must attempt to foil Celebrant’s plan and beat him to his prize.

Will the two young caretakers rally enough support from the creatures of Wyrmroost to quell the uprising and protect the world from draconic dominion? One thing is certain—dragons are deadly foes, and one wrong move could bring swift defeat. It will take more than Kendra, Seth, and their current allies have ever given to endure the wrath of the Dragon King.